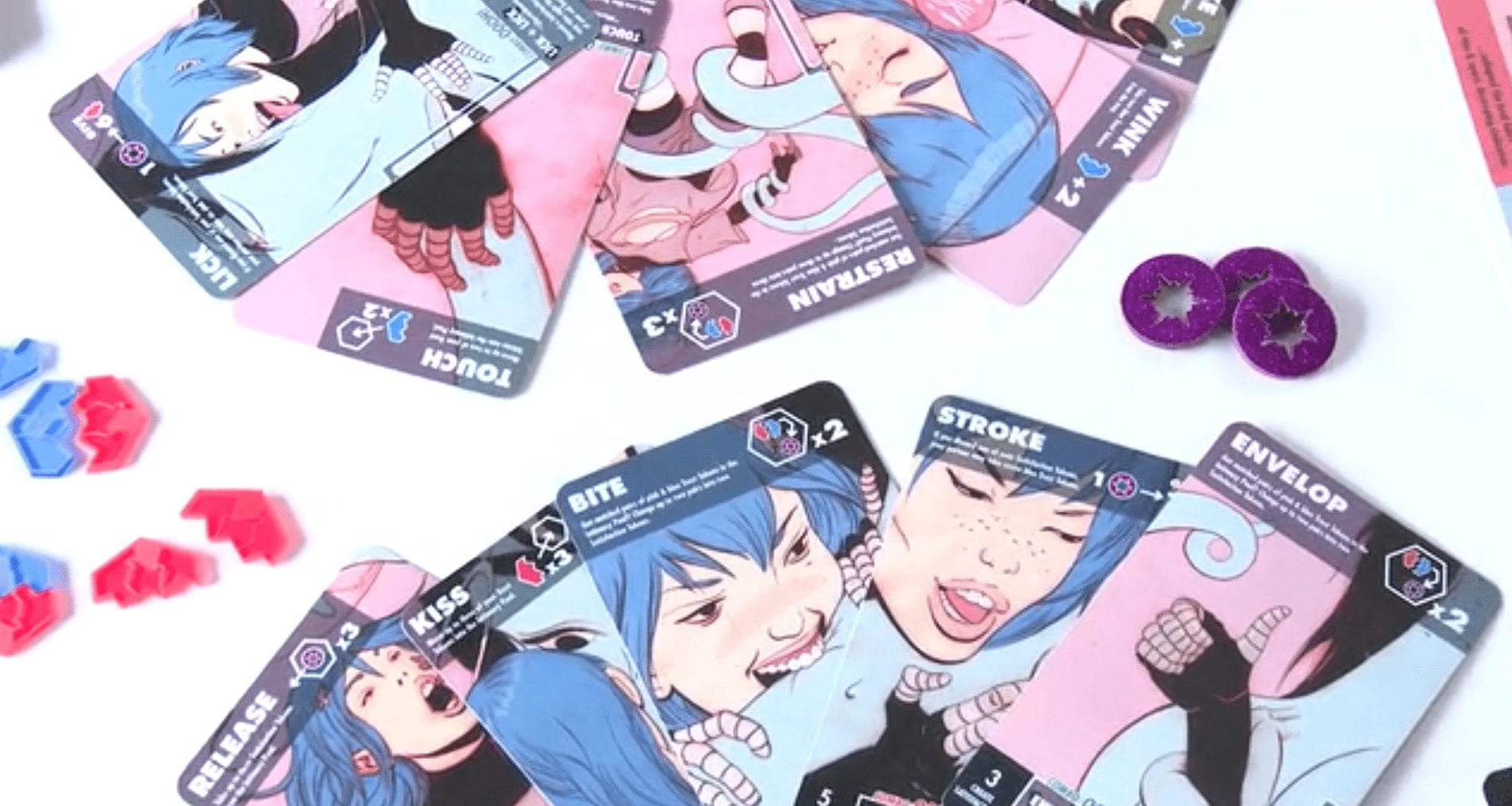 I’m dedicating my list to tabletop games. I didn’t get the chance to play all of this year’s notable board gaming releases, so rather than trying to be authoritative in my rankings I’m providing a hopefully still-helpful service in giving a shoutout to four indie board games that delighted me. Feel free to share your favorites in the comments and I’ll try to give them a full review sometime next year in the Escapist Unplugged column.

This game technically came out in November 2017, but I didn’t have the chance to play it until February of this year so I’m counting it. Blackened Hearts is a live-action roleplaying game in which eight to 15 players take on one of the prescribed roles of pirates who have just seized a Spanish vessel filled with gold and are now sailing for Tortuga to spend their new fortune. Each character has secrets and their own win condition, many of which are mutually exclusive, and a game master acts as moderator for the conflicts that arise. Gambling for doubloons, drinking rum, lying, stealing, and plotting to get your friends characters’ killed are all major components of the game. You’ll also want to set aside some time after it’s over for everyone to share what their deal and strategy was. This isn’t so much a game as an event. If you’ve got a group of theatrically minded friends, or find yourself at a con where this is being run, I can’t recommend it enough.

“Consentacle is a game where you and a partner help a tentacled alien and a curious human have a mutually satisfying romantic encounter.” The descriptor on the two-player game’s box intrigued me, and the gameplay actually delivers. Each player takes on one of the roles and has to try to play cards that will allow them to build trust with their partner and eventually take satisfaction from their union. The trick is that you’re not allowed to actually say what cards you’ve got in your hand. You use pantomime to try to communicate what you want the other person to do to you — and what you’re prepared to do to them — with options ranging from gazing into each other’s eyes to wrapping the astronaut up in tentacles. Each partner takes different levels of satisfaction from different acts, so you want to find a good balance to make sure both players are happy at the end. It’s hilarious, surprisingly strategic, and has some amazing card art.

I mostly enjoy very strategic, fiddly games but sometimes it’s nice to play something completely different. Earworm is a compilation of catchy tunes that players must perform without any of the lyrics while their teammates try to name the tune. This tends to lead to raucous rounds of dancing, air guitar, and players humming increasingly louder in the hopes that something will finally register. Different rounds have their own rules — like the ability to choose one song from a group of five, so you can strategically try to get something you think your teammates will recognize, and a lightning round where you have to try to get as many correct guesses as you can in 30 seconds. It’s become my new favorite party game.

Board games often tend to take longer to play than whatever the estimate on the box says, but Inhuman Conditions is guaranteed to take only five minutes. Based on the bizarre tests given to root out Replicants in Blade Runner, Inhuman Conditions has one player serve as an investigator and the other as someone suspected of being a robot. At the end of five minutes, the investigator stamps their case file to indicate their conclusion. Robots all have both a known tick and a secret one, so they have to try to answer questions evasively to avoid being found out without arousing further suspicion. As an added wrinkle, there are also some violent robots that have a checklist of things they must do; like asking questions or taking long pauses before they can successfully reprogram themselves and then ominously rise from their seat to kill the investigator and make their escape. But if you make a decision too hastily as an investigator, you could lose by condemning an innocent human to death. Inhuman Conditions is thematically great and one of the rare games that’s as fun to watch as it is to play.