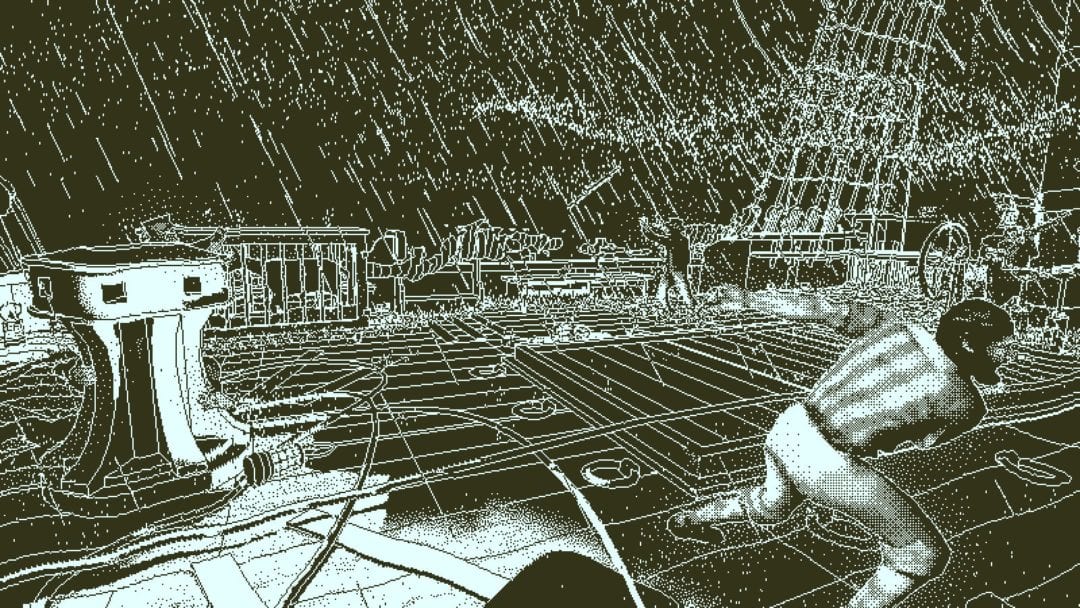 When I was in eighth grade, my family moved from Dallas to Spring Green, Wisconsin, which was a culture shock of galactic magnitudes. My experience in middle school in Texas had not been great, and I was happy to leave the Lone Star State in the rearview mirror. I had grand dreams of a new life and a new me. I crafted a plan for the new person I was to become.

Step one — start playing sports by joining the basketball team!

The plan was bad. First, the team I was joining was already tight knit and did not seem to have an immediate opening for the position of Gawky Newcomer. Second, we had moved to a small farm town three months into the school year, which meant basketball season had already begun. Third, I had what was largely considered by my new Midwestern classmates to be a comical Texas drawl. Fourth, and perhaps most importantly, I did not actually know how to play basketball.

When articulated this way and with the benefit of hindsight, I see why it all went so poorly. By the time of my first game there were only leftover jerseys available and I had to settle for one that was at least a full size too big. When I finally got called in as the waning seconds of a lost game dwindled pointlessly away, my big debut saw me hiking up my shorts halfway down the court only to immediately dribble the ball off my foot and out of bounds.

You may wonder why I would put myself through this and the real answer is I wanted something I could talk with my dad about.

We picked up a PlayStation VR over the holidays. I’ve been slow to adopt VR for a number of reasons. It has traditionally had a high cost of entry, and I hadn’t been convinced it meaningfully added to the experience of playing video games. Most importantly, it’s easy for me to imagine a knife-wielding lunatic standing right behind me whenever I put that nightmare sensory overload machine on. Paranoia, thy name is VR Helmet.

I’ve always been a person who is most comfortable being hyper-aware of my surroundings. Knowing the physical location and properties of as much of what’s around me as possible is a weird sort of emotional comfort blanket. There’s something about the idea of completely immersing two of my three favorite senses in a virtual world that just skeezes me out.

Neither of my boys seem particularly affected by this neurosis, and they have absolutely no compunction against sensory saturation from whatever electronic white noise is readily available. My oldest son, David, has solidly appropriated the Teenager Who Always Wears Headphones trope. The addition of a visual component was a natural fit for him, and VR is something he’s been after for a while. We came to a positive-reinforcement kind of agreement about him earning the gift, and the result was a PSVR under the tree this year.

I’ve taken to playing Beat Saber with the boys since despite the vaguely suffocating nature of that cord-laden helmet I can pretty easily be talked into swinging virtual swords in time with what I understand to be sweet K-pop synth beats. You may wonder why I would put myself through this. The answer, when it’s all distilled down to its core elements, is that I wanted to have something I can talk about with my kids about.

To his credit, my dad came to every basketball game. Despite my deep desire to quit after that first disastrous outing, I stuck it out all the way through my senior varsity year. Actually, I came to love being part of that team, but that’s a different story.

My dad and I had a complicated relationship. We still sorta do. We’re both very similar in some unfortunate ways, and very dissimilar in other equally unfortunate ways. But we persevere. We have good times. We have bad times. Figuring out which happens more often would be keeping a kind of score. I’m not sold on that being a good idea.

I didn’t appreciate it at the time — and honestly, what kid does? — but now as a 40-something with a carefully crafted career that periodically sends me travelling, I know how difficult it would be to make it to every basketball game for my boys. It’s a virtual certainty that at least once I’d miss a game because I was somewhere like Santa Fe or Fort Lauderdale packing up my laptop in a cluttered resort conference room after giving a presentation. In my line of work, and in my dad’s for that matter, that’s just how it goes sometimes.

But he was at all of them. Even the away games that were 45 minutes from home because we lived in the backwoods of Midwest nowhere. After those games I’d usually ride home with the team, the alienness of being with friends in a Blue Bird yellow school bus at 10:30 p.m. a nostalgic memory I enjoy visiting to this day. Other times, though, I’d ride home with my dad and we’d talk about shaping up my jump-shot or free-throw mechanics or maybe that one sweet blocked shot I had.

There are a lot of tougher memories, but those were the good ones. The best ones. We often had a gulf between us that hampered connection, but sometimes, if only briefly, it closed.

The other day I was camped out, as I often am, in front of my desktop PC at the end of the work day and looking for something new to play. On a whim, I fired up a PC game called Return of the Obra Dinn, a delightfully mystifying title set in Victorian times that puts the player in the shoes of an insurance investigator for the East India Company looking into the apparent death of the crew on the titular ship. You’re just going to have to trust me that it’s more interesting than it sounds.

It is a striking game visually, intentionally mimicking the experience of playing something from the Apple II days but with a very modern style. Within a few minutes I was investigating the deaths of crew members by exploring frozen tableaus of murder and mayhem.

After playing for a while, I realized my youngest son was gazing over my shoulder. “What’s that?” he asked, as he always does when I’ve fired up a new game. I explained and you could almost see his big old brain start working along with mine as we tried to figure out who each sailor was and why they found themselves in these dire straits.

He pulled up a chair.

This in turn attracted David who peered over both our shoulders. “What’s that?” he asked, triggering another round of explanation now punctuated by commentary from my 10-year-old.

He pulled up a chair too.

And there me and my boys sat for the next hour and a half, solving gruesome mysteries through the lens of a simulated CRT. It was perfect. It happens like this sometimes, the great uncrossable gulf that often bars my attempts to get my kids talking suddenly narrowed to nothing. Video games provided the perfect subject for us to talk about in the way that playing basketball had been for me on the other side of the equation so long ago.

You can put a lot of criticism at the feet of video gaming, and some of it is even legitimate, but at its best moments it is the breach in the wall between me and them. It is the reprieve from the badgering over chores and homework and baths and toothbrushing and getting to bed and getting up that all sounds redundant even to me. It is a place where we can go and just enjoy each other’s company, and I am endlessly grateful for that.