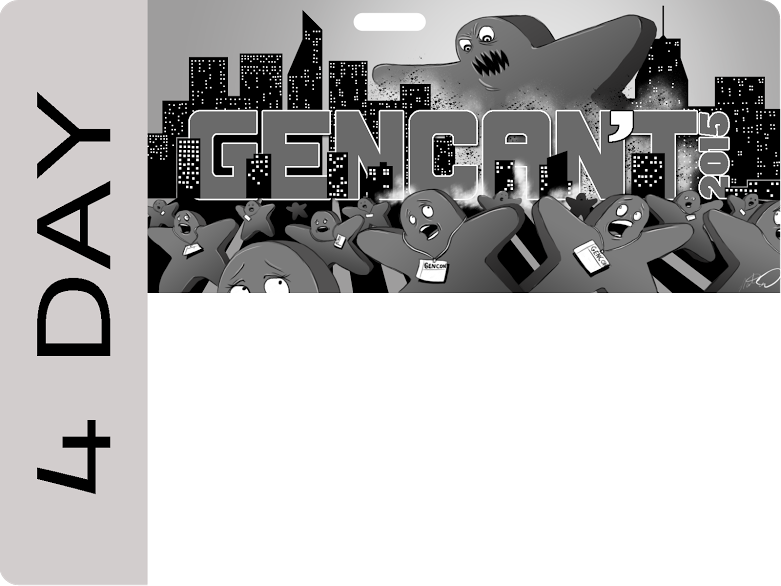 GenCant aims to be a home-based “unconvention” for those who can’t make it to events like Gen Con.

When you’re deeply involved a subculture, there are few things better than going to a convention where you can bask in the mutual love you and the other attendees have for your hobby. The thing is, for all of the people who go to conventions, there’s many more who can’t. And, as many people can attest, it can really suck to be the outsider looking in. It might be fun to look at cosplay galleries, watch panel videos and read big news reveals, but it’s still not the same as being there yourself. Having experience with this herself, Suzanne Sheldon decided to take action.

Last year, Sheldon found herself on Twitter with others “chatting enviously” about they how they wouldn’t be able to make it to 2014’s Gen Con. As a joke she and the others decided to create a new hashtag devoted to chronicling their activities during the convention’s proceedings. “We Tweeted a few photos of us ‘at’ GenCant (which were basically us at home or work doing whatever) and it caused a few laughs,” she explained. “But it also resonated because others quickly picked up on it.” Other people began adopting the #GenCant hashtag to Tweet their own photos and share in “the collective commiseration about not attending Gen Con.”

This initial Twitter activity quickly grew into a full-fledged photo contest with prizes donated by companies from the tabletop gaming industry. The message to Sheldon was clear. “There is a demand from the gaming community for this type of engagement,” she told The Escapist. “Far more people can NOT attend Gen Con than are able to go. That audience felt left out. Having something fun, being acknowledged by publishers and designers as a worthy part of the consumer base, and celebrating gaming as a group seems to resonate strongly with many.”

That in mind, Sheldon and other founders decided to expand on the original GenCant and turn it into something bigger and more organized. For 2015, in addition to another photo contest, the GenCant team has also been putting together an open raffle, a badge design contest and a series of “social media games.” Sheldon has also been working hard with game publishers to secure advance prize support. So far “they’ve really stepped up” and have donated more than 150 prizes. She’s likewise helped to organize with other websites to further spread the word about the event and open it up to as many people as possible. All in all, while it obviously doesn’t add up to something as big as Gen Con, its Sheldon’s hope that GenCant will be a way to help people have fun while they sit on the sidelines.
If GenCant interests you, you can find out more information at the event’s official website. GenCant will run from July 30th to August 2nd; the same days as Gen Con.