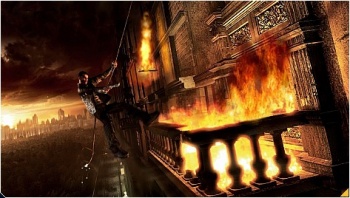 Atari was worried about people downloading Alone in the Dark, and had demanded that RapidShare block any such attempts. The courts in Germany originally sided with Atari, but RapidShare appealed the decision, and the Higher Regional Court of Düsseldorf overturned the ruling.

RapidShare spokesperson Daniel Raimer said that the company was pleased that that court had recognized that Atari’s demands were unreasonable. He added that the ruling demonstrated that RapidShare was doing a lot to prevent copyright violations, and was confident that rights holders would eventually come to realize that.

This is not the first time that RapidShare has come under fire for copyright violations by its users, and it’s unlikely to be the last. RapidShare isn’t taking the assault lying down however, and has hired the lobbying group Dutko to argue its case before the US Congress in an effort to try and prevent further suits from rights holders.