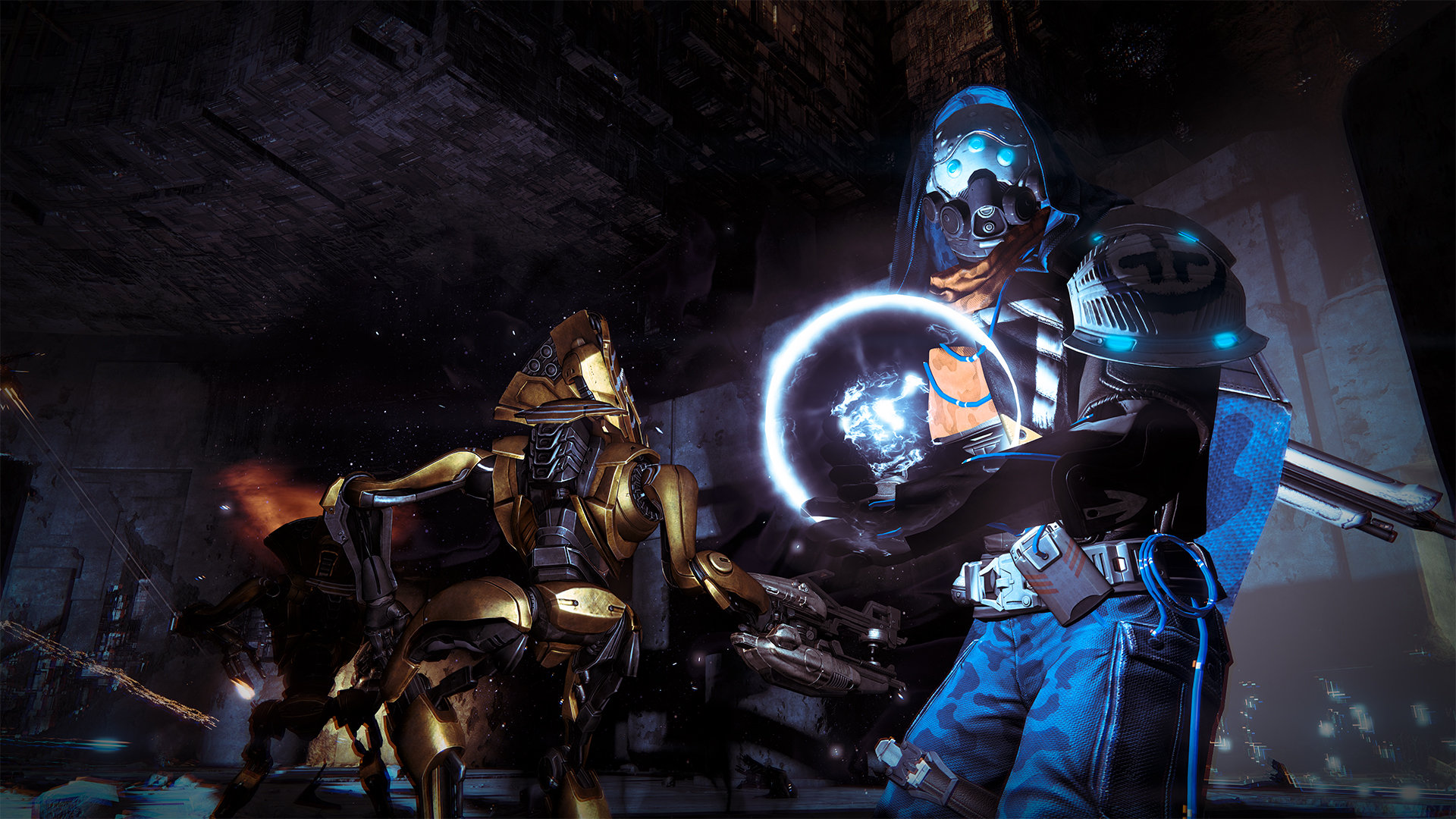 Like the name suggests, Exotic weapons are those unique butterflies of Destiny that every Guardian worth their salt wants. If only they weren’t so rare. Well, thanks to a new Xur item included with the Taken King DLC, your chances of earning an Exotic have just been greatly improved. Learn how to farm Ultra-level enemies and guarantee an (eventual) Exotic with the Three Of Coins.

Because this is Destiny, and the developers at Bungie are how they are, this is most likely an unintended farming method, and might not last for long. If you want to give it a try, we suggest jumping on this as quickly as possible. Exotics are cool, and if you’re looking for a relatively painless way to collect, this is the farming scheme for you. Check out all the details below.

While you’re here, see how to find three new Crota’s End Dead Ghosts in Destiny 2.0 and get even more of those Grimoire points.

Both aren’t so hard if you know where to go.

How to Get the Three Of Coins

The Three Of Coins is sold by Xur, the strange alien visitor that only appears on the weekend. He always spawns somewhere new, so if you want to keep track of Xur’s current whereabouts, try out this awesome Destiny fan-resource: FindXur

The Three Of Coins costs 7 Strange Coins to purchase. In Destiny’s own words, the item has a “Stackable effect that increases the chances the next Ultra defeat will drop an Exotic Engram.”

This is a consumable item. You get a stack of 5 Three Of Coins per purchase. It’s a good idea to save those Strange Coins and buy lots of stacks — 50 should do if you really want lots of Exotics.

To get Strange Coins, the currency Xur trades in, try completing these tasks during the week in preparation for his arrival; complete Weekly Heroic Strikes, Weekly Nightfall Strikes, Crucible Events, Random Gold Reward for Public Events, or Random Drop from Chests in the Prison of Elders.

How to Farm Ultra Enemies

Now that you’ve got Three Of Coins stacks, start the Venus mission ‘Eye of a Gate Lord’ — Ultra enemies are any opponents with unique names and skull icons. There’s a predictable Ultra in this particular mission.

This is a Level 12 mission, so it should be easy for any experienced farmer. Fight to the end boss, the eponymous Gate Lord himself, and come prepared with a Rocket Launcher.

Before killing the Gate Lord, use the consumable Three-Of-Coins. While the effect is stackable, you really only need to use one per cycle.

Activate the Gate Lord at the end of the mission, weaken him with regular weapons, then finish him off with a Rocket Launcher — hopefully in close enough range to kill yourself.

You’ll keep the checkpoint, respawn, and the Gate Lord’s loot will remain. Kill him again and again until you get an Exotic. It’s just that easy.

Another method; after killing the Gate Lord, open the menu and return to orbit before the mission ends. You’ll keep the checkpoint and can return right before the Ultra spawns. Remember, if you jump to orbit, make sure to check the loot before leaving because it won’t remain when you return.

Using this farming method, you should get an Exotic every five or so cycles. Goodluck, Guardian!

Quiz: Do You Have What it takes to be a Witcher?