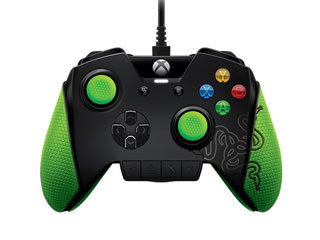 You may not be a pro gamer, but that doesn’t mean you can’t play like one. Get the Razer WildCat Premium Xbox One Controller for $97.99, a savings of 34%, at Escapist Deals.

Developed with feedback from the world’s best eSports athletes and optimized for tournament play, the Razer WildCat has the familiar weight of a standard Xbox One controller – but moves way faster, thanks to Hyperesponse ABXY buttons. Customize your controls with two extra bumpers and two removable triggers, and toggle between profiles and adjust chat volume right from the controller.

Game like a pro. Get the Razer WildCat Premium Xbox One Controller for $97.99 at Escapist Deals.