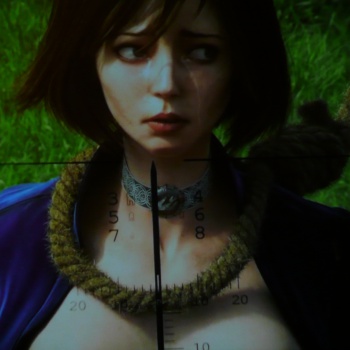 Having equal gender representation in the games industry is easy. You just have to change everything about your company.

Elizabeth Sampat is an extremely vocal person. She wrote something about how we should all stop going to the Penny Arcade Expo, and has been fighting to have more women in the games industry for a long while. She began as a tabletop game designer, but she’s made her bones at the mobile games Storm 8 in Redwood City, California. Sampat gave a stirring speech at GDC 2014 in which she outlined some of the stupid excuses and myths she’s heard from studio executives or recruiters about why her gender is underrepresented. The simple ways she advised companies to change wouldn’t just result in more women in the industry, it might just make your company better. too.

Myth #1. Women Don’t Want to Work in Games. Sampat quickly pointed out that statement was bullshots by citing survey information she gathered by speaking with the women she could find who were either employed in the games industry already or were seeking employment. “45% have said they always wanted to work in the games industry,” Sampat said. That means a little less than half did fit the established narrative of a gamer who always dreamed of making the things she loved. This narrative is in place because game companies hold onto the idea that “Anyone who doesn’t have passion will be eaten alive,” Sampat explained with a bit of sarcasm.

Not only does the myth get disproved by the data, it completely misses the point of the other 55% of women who are currently in games or want to be. These women may not fit the story of the amazingly dedicated gamer simply because a career in games may not have occurred to them. Many people who have an interest in games, myself included, didn’t even realize games could be a viable career until someone, anyone, reached out and suggested it.

Sampat’s story is the same. She hung out in a town in northern Massachusetts with tabletop role-playing designer Vincent Baker for years, talking and playing games, before her friends suggested she make a game. The game It’s Complicated was the result, and she went to Gen Con, the massive role-playing game convention in Indianapolis, to promote it. A man came up to her booth and said he wanted to buy her game, then asked her if she ever thought of “going digital.” She hadn’t, but thanked the man. That guy was Ryan Dancey, formerly of CCP and Wizards of the Coast and now at Goblinworks making Pathfinder Online, and his words pushed Sampat into exploring her options in video games. It’s because of all the people who encouraged her to get into games that she finally began working with Storm 8.

“It’s difficult to make the leap without support,” Sampat said. “It doesn’t even occur to many women that they could be happy here. Ask them to make games with you.”

Better yet, when you are recruiting people don’t just focus on that tired old narrative of a dedicated dreamer. “If you are in an interview with a candidate stop looking for lifelong desire but instead look for curiosity,” Sampat urged. 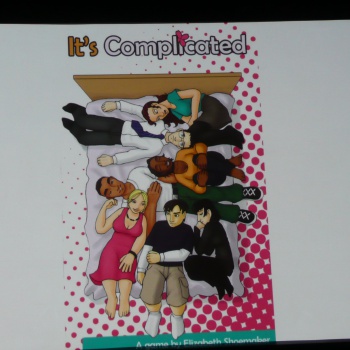 There’s another myth that states that there are no women out there who have the requisite skills to work in games. Whether it’s programming knowledge, or the production experience of shipping one game or five, women just don’t have the skills they are looking for, the argument goes. Some executives have even gone so far as to suggest that because companies want women to work for them, and there are so few with the necessary skills, that hiring them would too expensive. Sampat and the rest of the audience could barely contain their laughter at that mentality. Women are too expensive to hire?

The truth is that invisible bias can hurt women in the resume review process. Some hiring managers admit to looking at men’s resumes for potential, while scanning a female’s resume for proof. “Do blind resume reviews and you’d be amazed how many women filter to the top,” Sampat said.

Sometimes women aren’t hired in the games industry because they wouldn’t be a good “culture fit” – the most nebulous of terms. Most of the time that kind of a statement really just means the female candidate wouldn’t be comfortable with staying at the studio around the clock, drinking beer and eating pizza, and going on company outings to the strip club. And yes, that might be true. “If you can’t find women who can fit into culture, your company culture might suck,” Sampat said.

Your company might need some growth, but not in workforce or revenue. “Your company has to grow,” she said. “What would our companies look like if we judged growth of companies in other ways?” What if growth meant becoming more well-rounded and full of happy, productive, diverse employees instead of just more rich? The horror!

It’s not just the men in the industry that have a responsibility to do something, the women who have made it into the ranks must be helpful as well. There’s the myth that women can’t be a part of the problem simply because they are themselves women. Sampat explained that there’s a responsibility each woman has to always be “Lifting as We Climb” – a mantra popularized by Mary Church Terell, one of the first black women to earn a degree. Even as she fought and scraped her way to the top, Terell was always there to help her fellow women, and Sampat asked every woman in games to do the same. Talk to young women about games, speak with them about your work, and they will follow.

Sampat ended her talk in a very personal way. Her ten year old daughter recently said she wanted to be a game designer and Sampat admits being very hard on the little girl. She makes her daughter write one sheet specs of the games she wants to make and forces her to be as driven as a young lady can be.

“I would do anything to shield her from the kinds of things that I’ve been through,” Sampat said. “But I am part of the problem. Every time I worry about making her tougher, instead of making the industry gentler, I am complicit. I am ready to stop. Are you?”