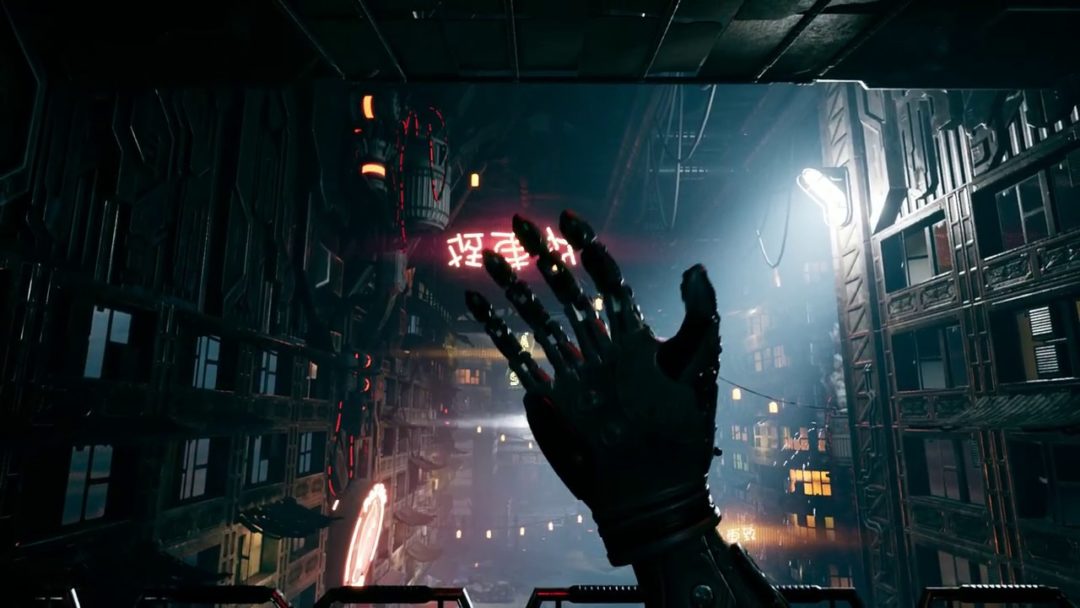 Ghostrunner debuted earlier this week with its first trailer just as Gamescom 2019 was starting up. The trailer was more of a tease and left us wanting more, so today’s extended gameplay works as a nice complement to the initial reveal.

Enemy bullets travel long distances in short amounts of time. Dodging around the fire of one enemy looks simple enough, but add in other enemies that fire from different angles and Ghostrunner starts to look like a challenging 3D bullet hell. Adding to the intensity is the game’s snappy parkour, which looks to mix well with the one-hit-kill gameplay. In the footage, the player can be seen wall-running, dashing, and using a grappling hook to swing from ledges.

After cleanly slicing through a few handfuls of guards, the player comes to their goal and is tricked into unleashing a hologram face that looks to have malicious intentions. The small portions of dialogue and end cutscene do not offer up too many hints as to what Ghostrunner’s story will contain, but the game’s Steam page description alludes to many twists and turns as players scale a dystopian, cyberpunk tower.

Ghostrunner is being developed by One More Level and is set to release sometime next year for PC, PlayStation 4, and Xbox One.