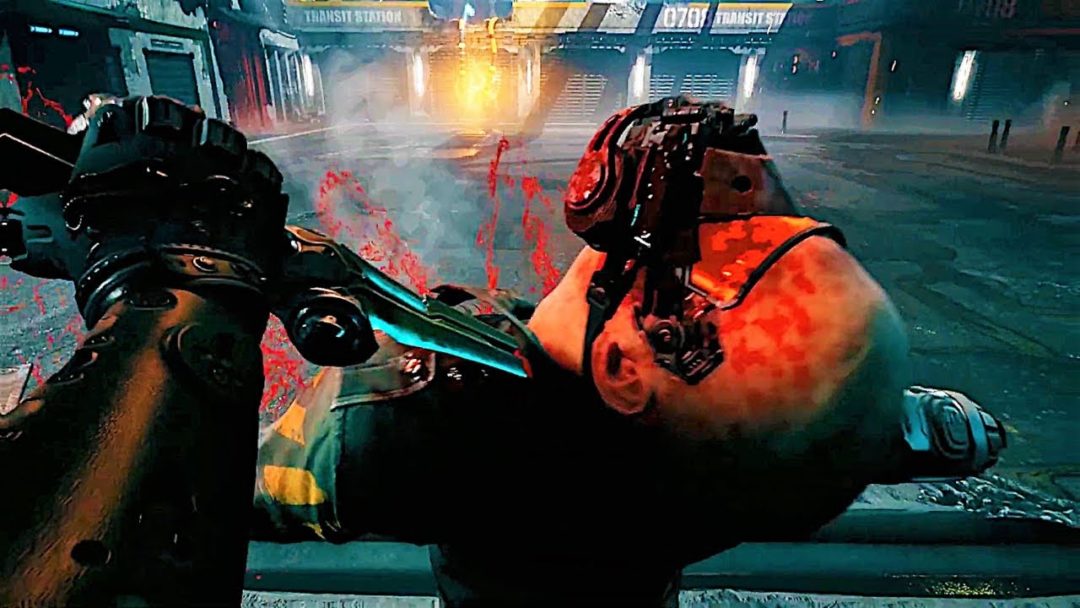 Ghostrunner‘s Gamescom trailer promises parkour and first-person action in a cyberpunk world, and it is coming to consoles and PC.

Revealed today along with numerous other Gamescom announcements, Ghostrunner’s first trailer is quite the tone-setter and looks like a blend of Warframe, Mirror’s Edge, and Katana Zero.

The game seemingly takes some cues from the Dishonored series as well, as players will take on the role of a quick, blade-wielding killer.

Developed by One More Level and published by All in! Games, Ghostrunner wants to empower fans with high-mobility gameplay. This means the inclusion of plenty of one-hit kills and god-like bullet-time mechanics.

Ghostrunner’s world is grim, to say the least. Humanity’s numbers are dwindling after a “global cataclysm,” and survivors have been placed inside a single tower. Residents are given implants as children that ultimately decide their worth later on in life. Those unlucky enough to be dealt the short straw at birth will have to live in the shadow of others for the rest of their lives.

Thanks to this unfair implant lifestyle and pressure from the world’s overseer, The Keymaster, rebellion breaks out. As a “cyber-warrior,” players will ascend the tower in search of humanity’s last hope at survival.

One More Level has given Ghostrunner a 2020 release window for PC, PlayStation 4, and Xbox One.