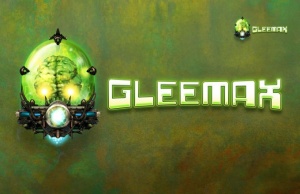 Wizards of the Coast is probably the biggest brand in gaming no one ever thinks about. Despite my years-long affair with Magic: The Gathering, I was surprised to hear from them when they dropped us a line to talk about Gleemax, their new take on social networking. Gleemax, a MySpace-ish networking site based on a three-pillar (games, editorial and community) strategy, isn’t the first to target gamers, but it’s definitely the best-funded. I had a chance to speak with Randy Buehler, WotC’s Vice President of Digital Gaming, about his plans for Gleemax and the future of Wizards of the Coast.

Buehler’s history is deeply rooted in Wizards of the Coast. Before joining them in 1999, he made a name for himself winning Magic tournaments on the professional circuit. He parlayed his experience there into a spot on the Magic development team, building new cards. In 2002, he jumped to the Magic: The Gathering Online team and has since been looking for new ways to expand WotC’s online presence.

The way Buehler sees it, WotC’s traditional delivery model – getting people into hobby stores – is “stable, but it’s aging.” Teenagers just don’t go to Hobbytown USA anymore. Today’s youth are online, he says, and WotC’s two major properties, Magic and Dungeons & Dragons, translate well to the modern web. In an age where the user dictates the experience, games where the world literally changes on the player’s whim seem like a perfect draw for the Web 2.0 junkie.

Gleemax, Buehler says, is a natural extension of both WotC’s web presence and their offline community-building practices. In the past, they’ve launched two major initiatives to get people into hobby shops and to get them playing their games. The first is the large professional Magic tour, which has grown popular enough to birth its own player trading card set, has breathed life into the aging game; over 100,000 people watch the tournaments online. The second was Friday Night Magic, a grassroots movement to actually bring kids into a social setting inside hobby stores, giving them a chance to connect with others who share an interest after-school activities that don’t revolve around sports. Gleemax is attempting to go online with the latter.

Much of the community aspect of the site is based on fostering a similar vibe. The site is going to offer three different experiences. The first is very MySpace-like – social networking, trophy rooms, event calendars for local shops to coordinate with their customers. They’re also giving players a chance to sound off in an editorial capacity, either by reviewing games or blogging about their gameplay experiences, be it a WotC game or a competitor’s. But where Gleemax really separates itself is in the game channel.

In an effort to make Gleemax “the home for gamers,” Buehler wants to people to actually play games on the site. He plans on showcasing indie strategy games to start, branding them with a WotC seal of approval; sort of like the old Nintendo seal. He says the seal can help guarantee only good games make it on the portal. He mentioned Greg Costikyan’s Manifesto Games as a counterexample to the strict method WotC is using, saying, “Just because you have infinite shelf space; you shouldn’t use it.”

In addition to the indie game portal, Buehler wants to feature board games online. WotC owns the Avalon Hill brand, whose name brings joy to the heart of board gamers across the globe. Bringing those games into an online space may recapture a slightly older demographic that’s escaped gaming since starting a family.

As far as money goes, Buehler says WotC plans on making most of its cash by way of the tried-and-true ad-supported model. They’re also considering a subscription-based premium model, which will give users access to special content, and they might charge to play certain games. Similarly to MySpace, Buehler says they don’t plan on charging hobby stores to promote local gatherings. They’re also using the proceeds from Magic Online to develop and prop up the network, so chances are it’ll be around for a while.

If you were to visit the official site right now, you’d be greeted by a giant, green brain, Gleemax himself, floating maliciously in the center of the page, stating, “THESE ARE THE PIXELS I NEED. YOU MUST BE IN THE PICTURE. DO NOT SEND PIXELS THAT ARE ALREADY ON THE INTERNET. I HAVE ALREADY CONSUMED THEM. I WILL AWARD POINTS AS I SEE FIT. YOU WILL GET BONUS POINTS FOR HAVING MORE MINIONS IN YOUR PHOTO.” Gleemax the mascot is actually borne from one of the WotC fan base’s inside jokes: The community has long suggested an alien presence has been pulling the strings of the hobby company, elevating them to 400-pound gorilla status for reasons beyond human comprehension.

In a way, that might explain the decision to go ahead with a social networking site for nerds, a group not exactly known for being social or having a large network of people with which to socialize. It just seems like a risky proposition. But if Buehler, or the giant brain controlling him, does manage to pull gamers together under one banner, he’ll have struck a goldmine and done it in WotC’s name.

WotC plans on officially rolling out a working version of Gleemax by this year’s Gen Con. Until then, the giant brain will remain; floating, making demands … plotting. If Buehler has his way, we may all soon be thralls of Gleemax, but at least we’ll be together.