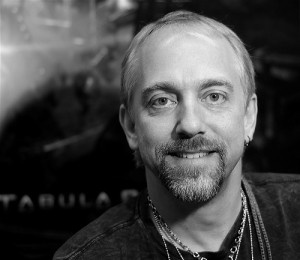 Tabula Rasa creator and soon-to-be astronaut Richard Garriott is giving 40 gamers a chance to have their DNA taken into space as part of Operation Immortality, a fail-safe against the destruction of the human race.

NCsoft is holding a contest which will see the DNA of 40 gamers digitized and sent into space with Garriott when he travels to the International Space Station in October. The DNA will be stored on an “Immortality Drive,” which will also contain samples taken from “the world’s brightest minds, most powerful bodies, and cultural standouts” as a kind of backup against global catastrophe.

Along with the winners’ DNA, the Immortality Drive will contain the player data of everyone who’s ever played Tabula Rasa, along with a log of personal messages sent by Tabula Rasa players prior to Garriott’s launch. As part of the event, gamers can also vote in polls on the Operation Immortality website to help select mankind’s greatest achievements.

Asked about his own choices for humanity’s greatest achievements, Garriott named two. “The first great achievement was our ability to perceive the universe and our place within it,” he said, an awakening which led to a “journey of scientific curiosity.” The second resulted from the launch of Sputnik, heralding humanity’s first steps into space. “When we first began to leave the cradle of our life here on earth,” he said. “Space travel in modern times is our most significant achievement.”

Interested gamers with an active Tabula Rasa will automatically be entered into the contest (free trial accounts are eligible) with eight winners being drawn each week for five weeks beginning on August 4. Winners will be mailed a DNA test kit and instructions on how to properly forward their samples for analysis and processing, but will not be given access to the results of the test. All entries must be received by midnight CST on August 31 in order to be eligible for the drawing.

“Global warming, bio-terrorism, errant asteroids and genetic science gone awry could wipe humanity from the face of the Earth,” the project’s website says. “Operation Immortality is a real once in a lifetime event that will save a history of humanity’s greatest achievements, digitized human DNA, and personal messages from all over the world.”

“This archive, humanity’s ‘saved game,’ will be stored on the International Space Station in October 2008 by Richard Garriott, the creative force behind the Tabula Rasa videogame and Earth’s sixth private citizen to travel into space,” it continues. “If the ultimate disaster strikes, this our best, last hope against extinction.”

Based on what I’ve seen so far, I’m not convinced that resurrecting humanity in the event of a self-induced wipeout is such a hot idea to begin with, but Garriott did create the Ultima games so I’m not going to argue the point. To learn more about Operation Immortality and take a shot at becoming one of the progenitors of Humanity 2.0, head over to operationimmortality.com.

DC Comics to Take On Devil May Cry, Resident Evil