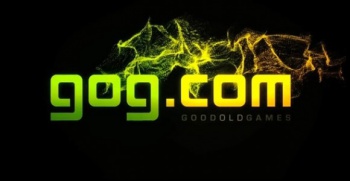 A glitch in GOG’s Linux promotion allowed users to grab a bunch of games for free – games which GOG is letting them keep.

A special promotion on Good Old Games.com in order to promote its new Linux support has offered users a greater discount than GOG was expecting. Due to a glitch with the promo, dozens of games were accidentally reduced to the low, low, price of $0.00, and a GOG spokesperson reports that several thousand games were snagged up at the “discounted” prices before the glitch was corrected. However, if you did happen to snag any of these free games, GOG has assured you that you won’t be punished, and you can actually go ahead and keep them, because GOG is awesome like that.

“Thank you for your honesty,” said the spokesperson, responding to a forum thread where a user felt guilty for snagging 21 free titles. “Yesterday, due to a small glitch on our end, you and a bunch of other lucky people ended up getting games from the Linux Launch promo for free. Don’t worry, though, as it’s totally cool with us and you may keep them. Yes, we will not be removing these titles from your account and we do hope you will enjoy them! :)”

The spokesperson added that “Of course, if you prefer, like some of our community members, we can always remove [the free games] from your shelf – just let us know replying to this email. Again, there’s no problem if you want to keep them :)”

The user who made the initial forum posting bringing the glitch to GOG’s attention stated that he wanted his “ill-gotten” games removed from his library, as “I like free but I like GOG more.”

It’s really nice to see such a heartwarming story of honesty and respect between customers and video game publishers, especially considering all of the stories we have gotten used to reading that involve lies and deceit…

IDW and BOOM! Bring Star Trek to the Planet of the Apes