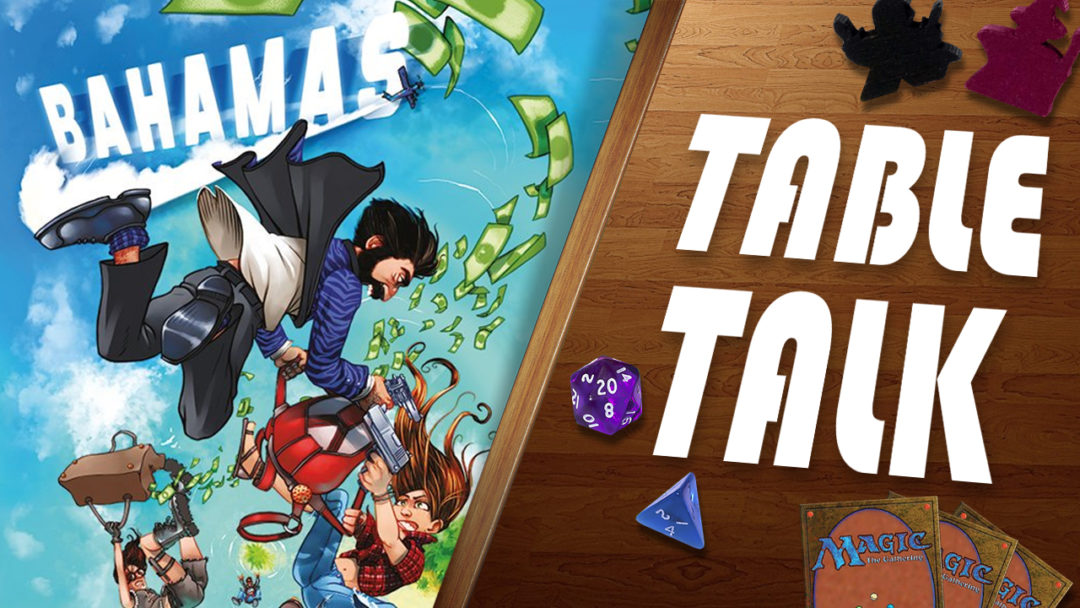 Few big heists really end well. Even if the daring thieves don’t get shot or arrested while committing their crimes, getting away and splitting up the cash brings its own host of dangerous complications. Those conflicts are at the heart of Matagot’s Bahamas.

It’s a goofy, fast-paced social deduction game where four-to-eight players take on the roles of criminals who have just pulled off a perfect robbery and are flying to the Bahamas with their stolen fortune. But when the plane starts to go down, it turns out there aren’t enough parachutes, setting off a mad scramble to get one and as much of the cash as you can take with you.

Each player is randomly given a character card with their own amusing art and special ability, like being able to draw extra cards or steal cards from other players. Everyone also gets a random starting card, which could be a parachute, a fake parachute that won’t actually save them, or a badge indicating that they’re really an FBI agent with a totally separate win condition. A Crash card is shuffled into the last four cards of the action deck, so you know approximately when it’s coming but can’t perfectly predict when the game’s last turn will be. 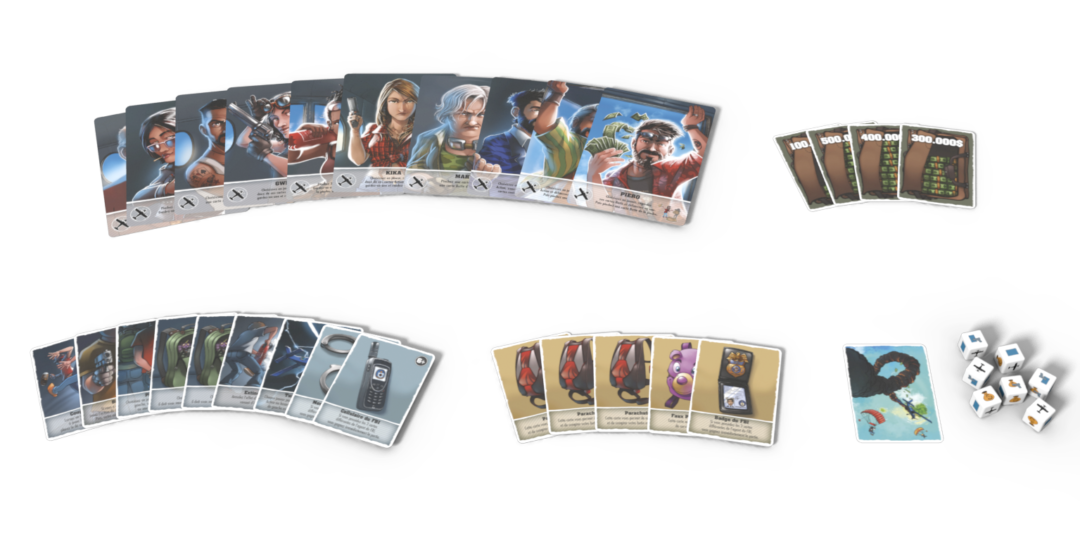 Every turn, one player rolls a set of dice equal to the total number of players minus one. The sides of the dice indicate different actions you can take: drawing from the cash or action decks, activating your character’s power, or stealing cash or action cards from another player. The roller gets first pick of one of the dice, making them most likely to be able to do what they want. They then choose a die for another player, typically trying to give them something they don’t think will be useful.

That means Bahamas players are trying to figure out what everyone has and obfuscate their own plans. If you already have a working parachute, you’ll just want to stock up on as much money from the cash deck as possible or steal cash from other players you think are going to escape since the most loaded survivor wins the game. If you don’t have a parachute, you want to try to steal one from someone else or dig through the action deck for the parachute or lifeboat hidden there. The FBI agent wins instantly if they ever have the badge, handcuffs, and walkie talkie in their hand, so they also want to try their luck with action deck draws.

The game turns into one of strategic bluffing, complicated by the fact that other players are often choosing your actions for you. There are some cards and abilities that let you peek at other players’ cards to confirm your suspicions, but a lot of times you’re just trying to read your friends and hope you’re right. After all the dice have been assigned, the player who didn’t get to act becomes the new die roller for the round. The game ends when the crash is drawn or the FBI agent is able to pull off their double-cross. 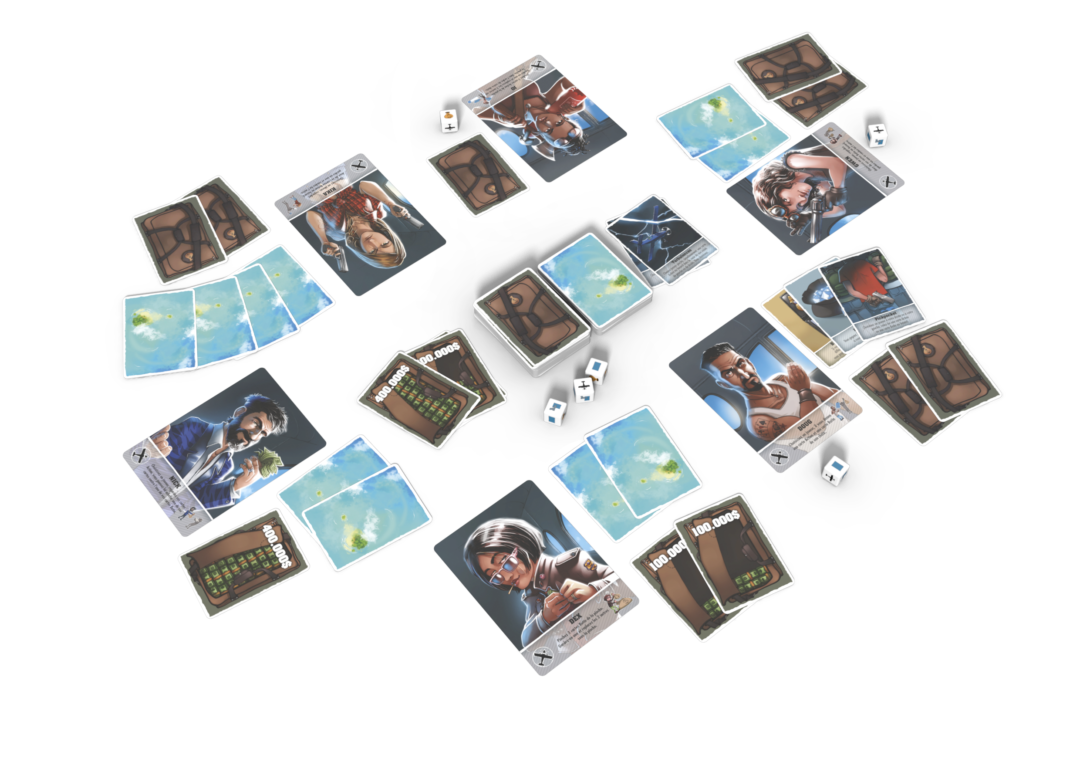 I had a parachute as my starting card but tried to play it cool by not pursuing cash too aggressively, using action draws to get cards I could use to defend myself from the game’s rampant theft. Having an excess of action cards also helped pad my odds the few times another player did successfully swipe a card from me. Other players weren’t so lucky. Our FBI agent was one card away from victory when his badge was stolen. Distributing the FBI cards amongst players makes them worthless for everyone but ensures no one else gets the win.

Unfortunately, I played it too cautious. While I did survive the crash, the player who won the game had aggressively pursued money and then swiped someone else’s parachute as the end was nearing. That last-minute theft left the player who thought they were doing great just sighing as they realized it was all over. Bahamas makes you feel like you could win right up until the very end, and given it only takes about 30 minutes to play, it’s easy to find the time to try again.

Disney Has Weaponized Spoiler Culture into a Marketing Strategy