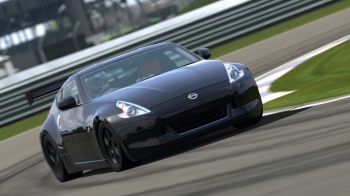 Gran Turismo 5 has a huge install, but Sony has made the effort to reduce its effect on players.

PlayStation 3 games often require that data be installed to the system’s hard drive to reduce loading times, and Gran Turismo 5 may be no different. Sony has confirmed that Gran Turismo 5 has quite the hefty install, but the game won’t make players wait around before they can jump right into its racing action.

Polyphony Digital’s Kazunori Yamauchi previously recommended that players perform a 10GB install for optimal performance in Gran Turismo 5, but Eurogamer says it has been “independently informed” that the install will instead be a still huge 6.4GB. This install can reportedly take 40 minutes or longer to complete.

On the bright side, Sony and Polyphony have implemented a system that doesn’t require the install right away. Players can queue up the install as soon as they purchase the game on its new, hopefully final release date of November 24, or they can install the game as they play.

“If users choose not to install the data straight away it will do it in stages as news areas, tracks, etc. are accessed during normal gameplay,” Sony said. This is similar to what was done with Metal Gear Solid 4, which installed data for its current chapters as players made progress.

I personally plan to let Gran Turismo 5 install the full data for its over 1,000 cars and dozens of tracks as I play another game on my Xbox 360 just to be a jerk, but it’s nice that Sony is providing an option for the more impatient gamer. Gran Turismo 5 has been in development for more than five years, so some racing fans might not be able to bear waiting another hour when the disc is finally in their hands.