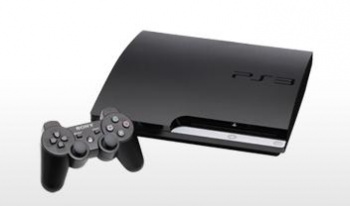 The PlayStation 3 has been cracked yet again, and this time may prove to be the last time.

Sony has had its hands full trying to keep the PlayStation 3 console “secure,” but that battle may have finally come to a losing end. The release of PS3 firmware version 3.60 back in early 2011 brought security exploits to heel for awhile, but now it appears that the doors have been flung open again and this time, Sony may not be able to close them.

A new PlayStation Network-enabled custom firmware was released a few days ago, which is bad enough in its own right, but the real trouble comes from the follow-up release of the “LV0 decryption key,” because that allows any changes Sony makes to the PSN security code to be decrypted “with little or no effort.” Access to the LV0 key means that PS3 firmware packages can be decrypted on a PC, then re-encrypted with existing firmware 3.55 keys in order to run on hacked consoles.

The discovery of the LV0 key reportedly took place some time ago but was not revealed to the world at large until the information leaked to a Chinese hacking group called “BlueDiskCFW.” That group intended to charge PS3 owners for custom firmware updates created with the key, leading the team that originally found it, “The Three Tuskateers,” to release the key to the public to prevent anyone from profiting on it.

“You can be sure that if it wouldn’t have been for this leak, this key would never have seen the light of day,” the group said in a statement. “Only the fear of our work being used by others to make money out of it has forced us to release this now.”

How damaging this latest security breach will actually prove to be is debatable, as it really only affects people who are already running custom firmwares and the PS3 is approaching the end of its lifespan anyway. Even so, it’s apt proof that in the face of a truly determined adversary, no security measure is foolproof.