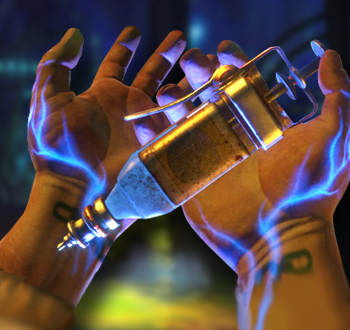 They might pull our triggers and load our ammunition, but hands very rarely get any of our love. All too often, they’re relegated to the role of fleshy gun caddies, their potential locked away under featureless gloves. Not everyone has such a dismissive attitude towards hands, however; in Issue 297 of The Escapist, Chris Plante talks about the importance of hands, and examines how they can make a first person game more immersive.

The best first-person games let their hands – not just the cut scenes and the NPCs – do the talking.
During firefights in Far Cry 2, the protagonist’s fingers or arms occasionally break. With his good hand, our man grotesquely resets the bone and tends to the wound. The sequence, initiated by the player, takes place nauseatingly close to the camera.

Plante goes on to say that hands are the body part that the player sees the most in a first person game, so not doing anything interesting with them is a waste. You can read more about it in his article, “The Hands’ Job.”