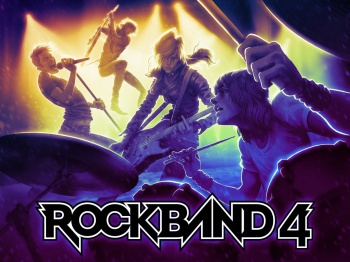 A number of positive Amazon reviews for Rock Band 4 were submitted by Harmonix employees.

Rock Band 4 developer Harmonix has confirmed that a number of Amazon user reviews for the game were posted by Harmonix employees.

The reviews, which all ranked the game five stars, were first pointed out by Reddit users, with Destructoid finding more – with one claiming to be a “new fan.”

A statement provided to The Escapist by a Harmonix spokesperson reads:

“Harmonix has clarified its internal policy about posting reviews of our own products on retail sites, and we’ve asked that existing reviews be edited to identify Harmonix employees or be removed entirely. While we believe the reviews posted by a few employees were sincere and without ill intentions, as a studio we don’t believe these are appropriate actions. We appreciate the feedback from the community, and take our relationship with our fans seriously.”

Several of the reviews that were spotted have been amended to reflect the correlation of the reviewer with Rock Band 4. Harmonix project manager Matthew Nordhaus clarified “I added this review half in jest (as you might be able to tell from the tone of the original). In hindsight, it’s probably important that I note that I worked on the game and work for Harmonix. That being said, I’m confident that if I didn’t I would still give the game five stars. It’s a beautiful, peaceful, cooperative game, rare enough already in today’s landscape, that I can play with my wife and kids. Music discovery, playing with your family and friends, and cooperation make Rock Band my favorite.”

The Escapist’s Joshua Vanderwall reviewed Rock Band 4, writing “Like many, I’ve been a fan of Rock Band for years, and Rock Band 4 fills all of those gaming inclinations. The several minuscule issues coupled with the primary, yet still small concern of ambiguous song difficulties mean it’s imperfect, but not by much,” rating the game 4.5 out of 5 stars.