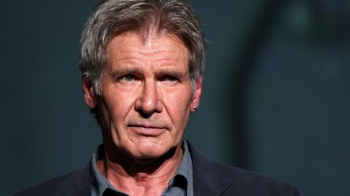 71-year old actor Harrison Ford has been injured on the set of Star Wars: Episode VII. According to Disney, Ford was hospitalized in London after sustaining a “bad ankle injury” this past Wednesday. Ford, who’s once again reprising his role as the iconic character Han Solo, was said to be injured at Pinewood Studios in England when a hydraulic door fell down and hit him, possibly fracturing his ankle.

Ford was then airlifted to a “a local hospital and is receiving care,” says a statement from Disney/Lucasfilm. Meanwhile, filming on Star Wars: Episode VII, which is being directed by J.J. Abrams is expected to continue; though it’s not known whether Ford will return to work once he’s released from the hospital.

For more Star Wars reading, make sure you check out the leaked images of the Millennium Falcon on the set , as well as leaked set pictures showing Tatooine and possibly a new creature.

Entwined is Much More Accessible and Enjoyable Than it Appears