No sign-off today, but goddamnit, this band is called ANGRY FROG REBIRTH.

Considering we’ve gone the best part of four years without any kind of technical incident, Cory and I were long overdue some kind of catastrophic hardware meltdown – and catastrophic is what we got. Both of us have lost major storage hard drives in the space of a week. I keep my windows installation on an SSD, so at least I had a PC to use, albeit one with less memory than my goddamn watch. Cory, however, has had to work from a tablet, which is why today’s strip looks a bit sparse. He also wrote it, as I’ve been working on a video update for this Friday that will hopefully get a few laughs.

Oh, and I know I said I wouldn’t spoil EDA for you guys and whatnot, but we’ve been working and reworking these early strips forever. So here’s a sneak peek at what it looks like. 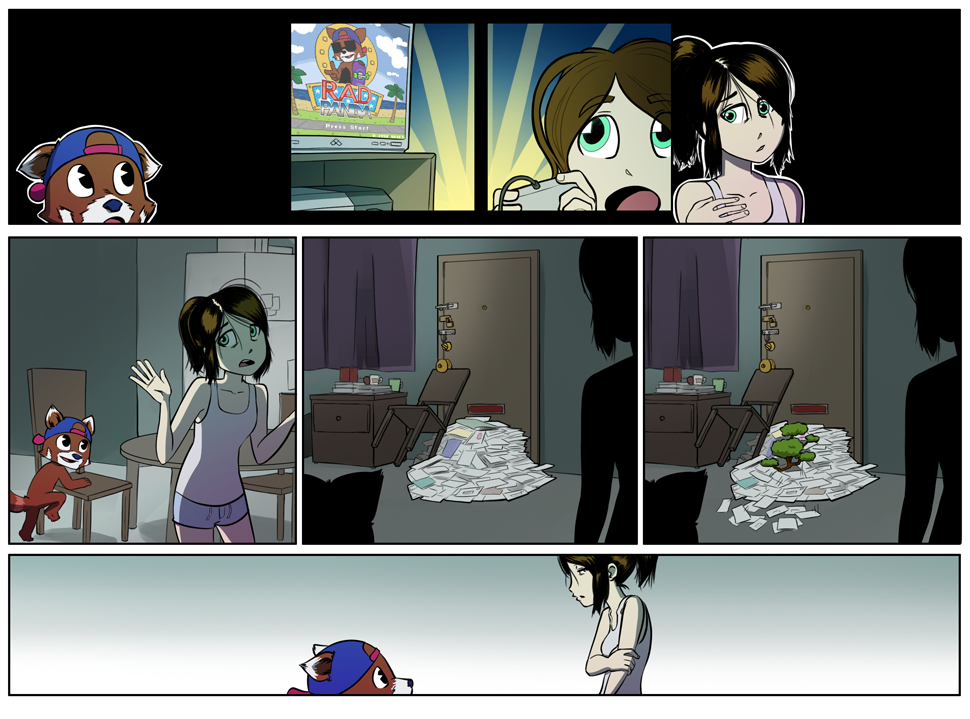