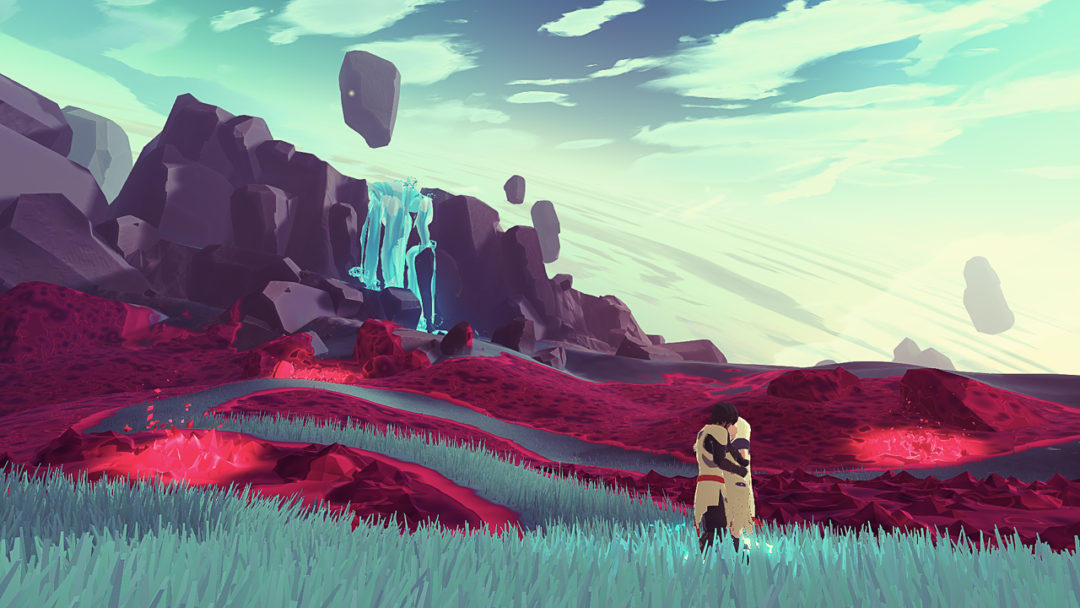 Haven, the upcoming adventure RPG from Furi developers The Game Bakers, has a new trailer. Plenty of new information has also been revealed about the forthcoming sci-fi title.

The trailer gives us our first glimpse at Haven‘s main characters, lovers Yu and Kay, as they take their shot at domestic bliss on a grassy, abandoned planet. Haven will evidently feature vast open field areas that can be skated along with special sci-fi boots, a JRPG-style combat system, and extensive story segments that will include dialogue options.

In a Game Bakers blog post, Haven‘s creative director Emeric Thoa describes the game as “Journey meets Persona,” and while those influences are clearly visible, there are also plenty more on display. The planet itself resembles something you might see in No Man’s Sky, the inseparable protagonists can hold hands as in Ico, and one segment of the trailer sees the pair cleaning up weird Super Mario Sunshine-esque gunk, even harvesting what look like crafting materials from it. A press release published alongside the trailer explains that while Haven functions primarily as a single-player experience, at any time a second player can grab a controller and begin piloting one of the two characters, Sonic and Tails-style.

Kingdom Under Fire II Finally Getting Official Release After a Decade