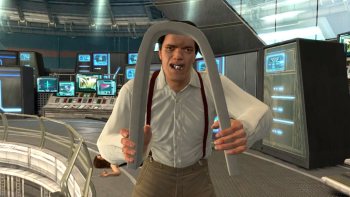 A “steep decline” in console gaming has led to deep staffing cuts at Eurocom.

U.K.-based Eurocom, which was founded in 1988 and most recently developed 007 Legends for Activision, announced today that it has laid off a significant number of employees. Just 50 people will remain at the studio, from a pre-layoff headcount of more than 200.

“Eurocom are undertaking a restructuring which I regret to say has meant we’ve made the majority of our workforce redundant today,” Studio Director Hugh Binns said in a statement. “This includes many very experienced, talented and highly skilled employees, and we’d like to thank them all for your hard work and efforts.”

“We’ve fought to try and save as many jobs as possible, but the steep decline in demand for console games, culminating in a number of console projects falling through in the last week, left us with no option,” he continued. “Eurocom has retained a core staff of just under 50 employees and will be focusing mainly on mobile opportunities moving forward.”

I suppose it’s fair to say that the console scene is in a state of flux as the successors to both the Xbox 360 and PlayStation 3 loom large, but a quick trip to Metacritic leads me to think that there’s more to it than just an industry-wide decline in interest. 007 Legends has a Metacritic score of 45 on the Xbox 360 and 43 on the PS3 – IGN called it “abhorrent” while Polygon described it as a “cynical, dismal little game” – and while one bad game should never decide the fate of a studio, Eurocom hasn’t exactly been on a roll lately either, churning out licensed non-hits like Rio, GoldenEye 007, Vancouver 2010 and Ice Age: Dawn of the Dinosaurs. In today’s videogame industry, that’s not the sort of track record that keeps triple-digit employee numbers around for long.