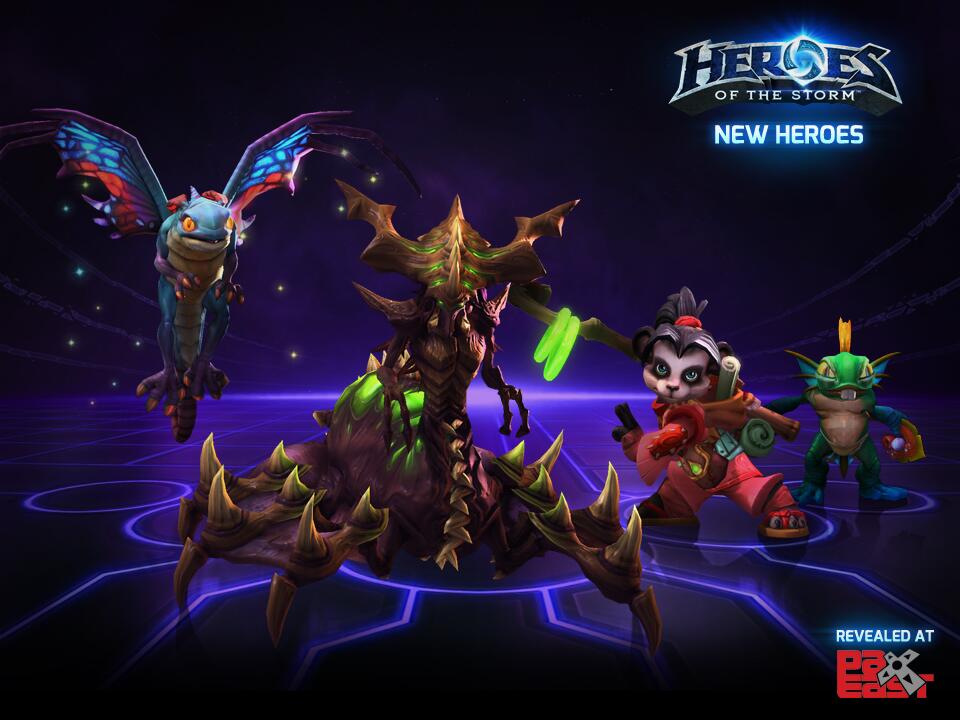 Blizzard already has a pretty healthy roster for its DOTA-style Heroes of the Storm, with more than 20 heroes and villains revealed from its various franchises. They added to that list today with the announcement of LiLi, Brightwing and Murky from World of Warcraft, and Zagara from StarCraft II.

Also revealed at Blizzard’s PAX East 2014 panel were that WoW characters Sylvanas, Chen and Kael’thas are in development. The news was announced via Blizzard’s official Twitter account for the game.

The Faerie Dragon Brightwing is listed as a support class, although Blizzard has yet to reveal the classes of the others. Assassin, Warrior, Support and Specialist are the options.

Brightwing has Blink Heal and Emerald Wing as Heroic Abilities. It has a passive ability of Soothing Mist, that heals nearby allies. And if you want a chuckle, check out the alternate skin for Brightwing as a Monarch butterfly.

Speaking of alternate skins, Blizzard also revealed that the April Fool joke that revealed a pajama-clad Abathur from StarCraft II as a skin has actually become a reality, thanks to an outpouring of support from the community. Long live Pajamathur.

After the enthusiastic reception of Pajamathur for April Fools', we've decided to make it a playable skin! #PAXHeroes pic.twitter.com/2oAlXBW5kV— Heroes of the Storm (@BlizzHeroes) April 11, 2014

Other skins include a possible Medic Uther and Bikini Stitches.

Are Too Many Heroes Coming to the Big Screen at Once?