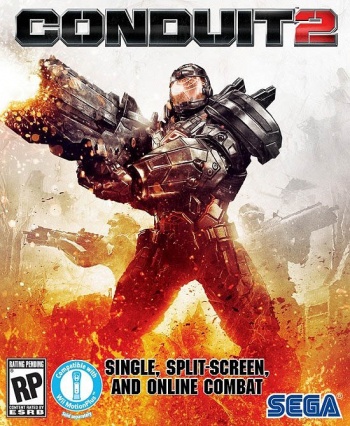 We receive a lot of letters at The Escapist. Most, I have to admit, don’t get more than a cursory glance – especially those from game-maker PR.

The letter we received today from High Voltage, however, stood out for a number of reasons:

1. They addressed me by name, which is always nice.
2. They were apologizing, again, also nice.

Turns out, though, what they were apologizing for was being awesome, which, while a bit conceited, is also funny. Therefore I submit for your approval the letter in its entirety. Read and weep:

We have been advised by our legal council [sic], as a preventative measure against possible litigation, to issue a missive apologizing for ruining your ability to judge other video games, especially within the context of the Nintendo Wii and the shooter genre. While our game, Conduit 2, is something you were planning upon viewing and playing, we understand that part of your life is still expected to play other games. For our part in showing you, what was no doubt, the best visual media you have ever viewed, we sincerely apologize.

It was not our intent to cause you to lose your impartiality, nor your video game integrity. We understand that your standard 1-10, or A-F rating will next a new category: “Conduit 2-esque”, in order to appropriately denote something that has haunted your dreams and occasionally caused involuntary tremors of anticipation for the release date of the game. We understand if you are upset at having to wait for the April 19th street date. We, ourselves, would prefer it if we could get it to you today.

However, as the world needs an appropriate acclimation period to this much awesomeness, it has been repeatedly stressed to us that we need to proceed slowly. Despite any permanent damage to your neutrality in judgment, or long-standing effects of withdrawal from even this briefest of previews, for do apologize. In the future, we will be creating a support group specifically for those who have found that all other facets of their lives have lost a jubilant luster. Once such a group is established near you, we will invite you to share how this pinnacle of gaming excellence has affected you.

In the meantime, we thank you most sincerely for your participation, and wish you all the best during your recovery.

The original The Conduit was a standout Wiii title, but mainly because there hadn’t been many good, action-based Wii titles before it was released. In most other respects it was a bit of a disappointment.

Having just come from GDC and previewed the sequel, I can honestly say it does look dramatically better than the original, and incredible for a Wii game. Will it rewire the brains of all journalists who play it however? I doubt it. But we thank High Voltage for the apology nonetheless.