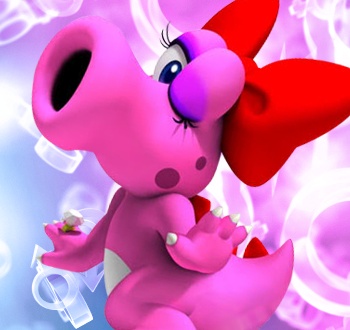 What do Zelda‘s Tingle, Mario Bros‘ Birdo, and Streets of Rage‘s Ash have in common? They’re all gay in Japan – but not in the USA.

Now, stop me if this comes as a surprise: Different countries have different cultural attitudes towards … a great many things. One of these things, unsurprisingly, is the concept of sexuality and how taboo – or otherwise – it is in a given society. As Andrew Webster discusses in Issue 222 of The Escapist, with homosexuality being not uncommon in Japan, but still such a hot-button issue in the States, many characters who are blatantly out of the closet in the Land of the Rising Sun never make it over to this end of the Pacific:

Unfortunately, the few Japanese games with LGBT characters that actually make it to Western shores rarely explore them in a meaningful way. Their sexual orientation is either a secret that doesn’t really affect the game (as with Bridget and Poison) or an elaborate joke that exploits the issue purely for comedic value (as in Cho Aniki). This is even visible in the revered roleplaying epic Final Fantasy VII. Though protagonist Cloud is clearly heterosexual – given that he’s stuck in a love triangle with the two female leads – he’s forced at one point in the game to dress in drag in order to infiltrate a brothel, seduce a pimp and rescue his friend.

The scene elicits giggles from a number of characters and provides the basis for quite a few awkward and questionable scenes. While looking for a wig to complete his disguise, Cloud is told “You know the gym? You’ll find a lot of people like you there. Go talk to them.” Cloud must then acquire a blonde wig from a group of weightlifters who ask if he’s the one who “wants to look cute.” Aside from a near kiss with a mob boss, Final Fantasy VII contains no actual homosexual activity, but the message is pretty clear: Men who dress up like women – and men who like men – are more than a little ridiculous.

To read more about the LGBT characters that never made their way to the States from Japan and Europe, check out “Too Gay for the USA” by Andrew Webster in Issue 222 of The Escapist.