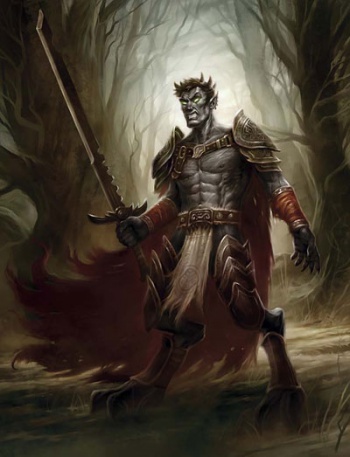 Pulitzer Prize-winning writer Junot Díaz attributes part of his success to D&D, as do a number of other writers.

The New York Times recently ran a piece highlighting how Dungeons & Dragons has influenced a generation of writers and storytellers. Stephen Colbert, George R. R. Martin, Robin Williams, Matt Groening, and Dan Harmon have all been D&D gamers at some point in their life – Harmon even dedicated two episodes of Community to showcasing the hobby.

But the Times article focuses on Junot Díaz, a literary author who teaches writing at the Massachusetts Institute of Technology. Díaz’s first novel, the Pulitzer Prize-winning “The Brief Wondrous Life of Oscar Wao,” was written “in honor of my gaming years.”

“For nerds like us, D&D hit like an extra horizon,” Díaz said. The game functioned as “a sort of storytelling apprenticeship.” While he never became a fantasy writer, “early years profoundly embedded and invested in fantastic narratives” helped him along his path to becoming a writer. From D&D, he said, he “learned a lot of important essentials about storytelling, about giving the reader enough room to play.” Díaz believes that D&D has “been a formative narrative media for all sorts of writers.”

And he’s not alone. Pulitzer Prize-winning playwright and screenwriter David Lindsay-Abaire said D&D“harkens back to an incredibly primitive mode of storytelling,” one that was both “immersive and interactive.” The Dungeon Master resembles “the tribal storyteller who gathers everyone around the fire to tell stories about heroes and gods and monsters,” he said. “It’s a live, communal event, where anything can happen in the moment.” Lindsay-Abaire said planning D&D adventures was “some of the very first writing that I did,” during which he learned about plot and character development.

As a writer, D&D certainly engaged me in a way that no game I played before it could. Have you been inspired by D&D to write? Do you think 5th Edition can help recapture the magic of your early tabletop days?