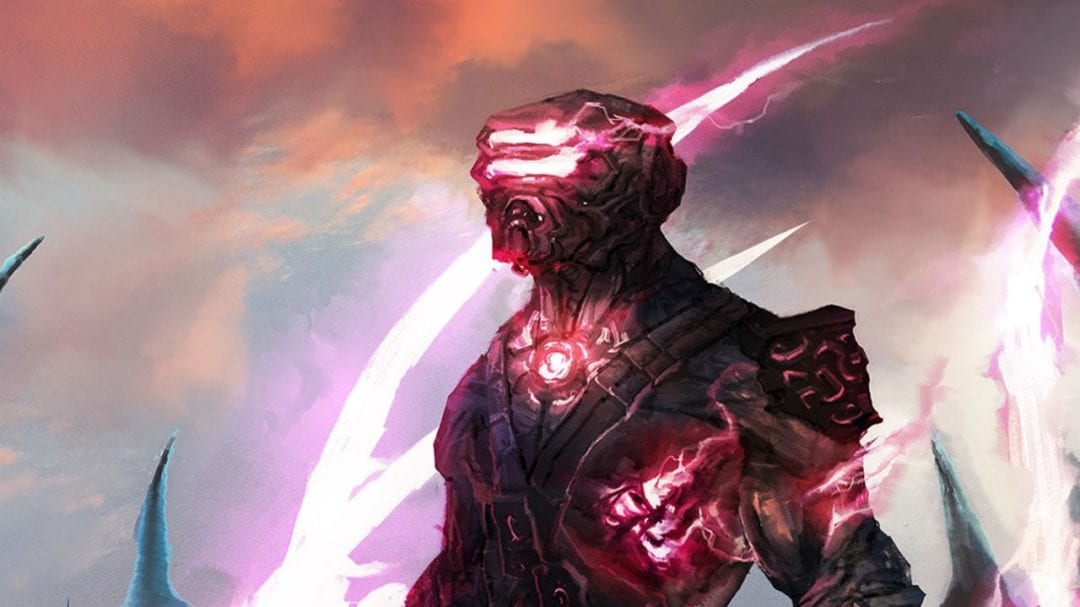 My name is Justin Gary, and I am a card game addict. I’ve always loved games, but it became an addiction back when I was 17 and won the Magic: The Gathering U.S. National Championships. Since then, I’ve made a career out of gaming, both as a professional player, speaker, entrepreneur and a designer. I even wrote a book about game design called Think Like a Game Designer.

I’m probably most well known for Ascension, my deck-building game. Ascension’s goal was to compress all the fun of a collectible card game into a single box, where the winner wasn’t determined by who owned the most cards, but by who played the best game in an ever-shifting landscape. Since it’s release in 2010, Ascension has been a huge success and has released over 14 stand-alone expansions (including the upcoming Deliverance expansion), as well as apps on iOS, Android and Steam, and even a VR version.

While I love working on and talking about Ascension, this article isn’t about that. It’s about my decision to design and release a new deck-building game earlier this year: Shards of Infinity.  Working on Ascension for all these years has taught me a lot, and while many of those lessons are reflected in our recent expansions, some of them just couldn’t be realized without starting from scratch and rebuilding a game from the ground up.

Shards of Infinity is that game.

Shards of Infinity was created by Gary Arant and myself to be the deck-building game we most wanted to play. Picking a target audience that includes yourself is really helpful to know when a game is good — a point discussed at length in my book. When Gary, myself, and the entire Stone Blade Entertainment team couldn’t stop playing Shards of Infinity, even after we finished designing it, I felt pretty good about the game’s chances of success.

With an already successful deck-building game on the market, many people asked why we couldn’t just have created Shards of Infinity as another Ascension expansion. The truth is that while designing in the Ascension universe is amazing, it is also quite constricting. Ascension uses two game resources (Runes and Power) that are useful for interacting with different center row cards. The tension between those two resources and what flips up in the center row takes up a lot of the design space we use in the game. In addition, Ascension is more about interacting with the board, rather than other players directly. The interaction is more in knowing what each other player’s strategy is, then tactically acquiring and defeating cards that disrupt their strategy. Every design choice in Ascension is about how to increase the competition for cards in the center row and the interaction opportunities there.

In Shards of Infinity, the focus shifts from the center row to the players. Remaining health and gaining Mastery (a resource that empowers your cards and can be used to eliminate other players) are now the most important parts of the game. The center row is still important, but the game takes on a much more visceral feel when you attack other players and their cards directly, rather than indirectly through the center row alone. Some players might be turned off by this direct competition, but for those of us in the office, this is tons of fun. (I blame it on my many years as a pro Magic: The Gathering player).

That being said, the tabletop game industry is a tough market, and I wasn’t 100% sure the world wanted yet another deck-building game. What set Shards of Infinity apart was its fast pace, deep strategy, and innovative Mastery mechanic. We spent 18 months tweaking, testing, and refining every card and mechanic until the whole game hummed. And players have responded with enthusiasm! Though the game only released a few months ago, we are already selling through our second print run and we have a new expansion designed to be combined with the Shards of Infinity base game, Relics of the Future (out on Nov. 16th for $9.99).  I think Shards really struck a chord because it does away with all the clutter people are used to from deck-building games. The game consists only of a center row, starting decks, and player character dials. There’s no side decks, no tokens, nothing to get in the way of the fun. On a similar vein, the low price point and quick play time (15-20 minutes for a standard game between experienced players) make the game easy to fit into people’s hectic schedules.

Why am I so excited about this expansion? Well, you see, despite years of experience and 18 months of development, I’m not ashamed to admit one thing.

I screwed up on Shards of Infinity.

Yes, you heard me right. This great, successful game I’ve been talking about? It’s got some issues … and it’s a design lesson I’ve taken to heart. Relics of the Future is my chance to go back in time and fix those mistakes.

Early in the design process, we came up with the idea for the Mastery mechanic. For those unfamiliar with Shards, Mastery is a counter that you can increase once per turn by spending a gem. The more Mastery you have, the more powerful nearly all your cards become. Even a starting deck card can gain enough power to win the game instantly if you have enough mastery.

I knew we wanted to design cool character spin dials to track Mastery along with player health. I was sure they would look sweet once we designed them, but in playtesting we always tracked Mastery and player health with dice and tokens because that was easiest. It wasn’t until after we got near-final versions of the character dials that we finally played with them. And it was awesome! But having a giant, cool-looking character that represents you with a unique art piece changed the emotional reaction to the game dramatically. Whereas before, nobody cared that each player had an identical starting position, looking at these character dials, everybody wanted them to have special powers that differentiated them from other characters.

This proved a problem for design and development. We’ve now implemented a policy in the office where we test with final-looking mockup components well before the game is ready to release.

Even though we had plenty of ideas for how to create unique character powers, they kept running into the traditional problems that unique starting positions in a game have:

Shards of Infinity is designed to be a game that you can play an endless number of times without getting bored. That requires a variety of viable strategies and solid balancing of those strategies. Despite our best efforts to make something work in time for the set release, we felt it was best to put out the game without unique powers to give us more time to come up with a great solution.

“Relics” are that solution.

The story of Relics of the Future is that you are one of the few people to bind with an Infinity Shard, granting you immeasurable power. In addition to increasing in power as you try to master the Shard, you are also granted visions of possible futures. Are you a savior or a conqueror? A hero or a villain? You must make a decision as to which path you want to follow. This choice is represented by each character getting two unique Relics that are set aside at the start of the game. And each Relic realizes a different path for your Leader to follow.

When you reach 10 Mastery, you get to make a choice: add one of the two Relics to your deck. The other Relic becomes a lost future and is removed from the game. All characters have two very powerful Relics, so this choice isn’t easy.

The Relic mechanic helped solve the unique starting power dilemma. On the one hand, delaying the entry of the Relics and having multiple options allowed us to better balance them and not make them dominate every single game. On the other, because players have a choice as to which Relic they want (and because that choice isn’t made until mid-game) you can adapt your strategy and pick from a few options as you go.

Our team has taken the lesson learned from Shards of Infinity design to heart: we make sure to playtest the game with components that are as close to final as possible before locking down the rules or finalizing graphic design. Furthermore, we are exploring new ways to create games that don’t just start from a cool mechanic or theme, but actually begin with the components.  Letting a great physical component drive your design can really bring out one of the advantages of tabletop gaming. The tactile, visceral feel of tokens/toys/miniatures/etc. bring a lot to the … ahem … table in a way that digital games can’t match. We are working on building entirely new categories of games where these components are front and center, and I can’t wait to see where our designs end up.

We are incredibly excited to unleash Relics of the Future on the world, but there is even more to share! We listened to player feedback asking for more gameplay modes and we included a ton in this expansion. Relics has a solitaire mode, team play, Relic drafting, character auctions, and more! Each game play variation can provide hundreds of hours of fun and new ways to experience the game you love.

Justin Gary
Justin Gary started his career in gaming at the age of 17 when he won the Magic: the Gathering US National Championships. He has been designing games for over fifteen years, with games including the World of Warcraft Miniatures Game, Ascension Deckbuilding Game, and Shards of Infinity. Today, Justin designs games, consults, and runs multiple companies including Stone Blade Entertainment from his home in San Diego, California.

Armchair Devs May Have a Point