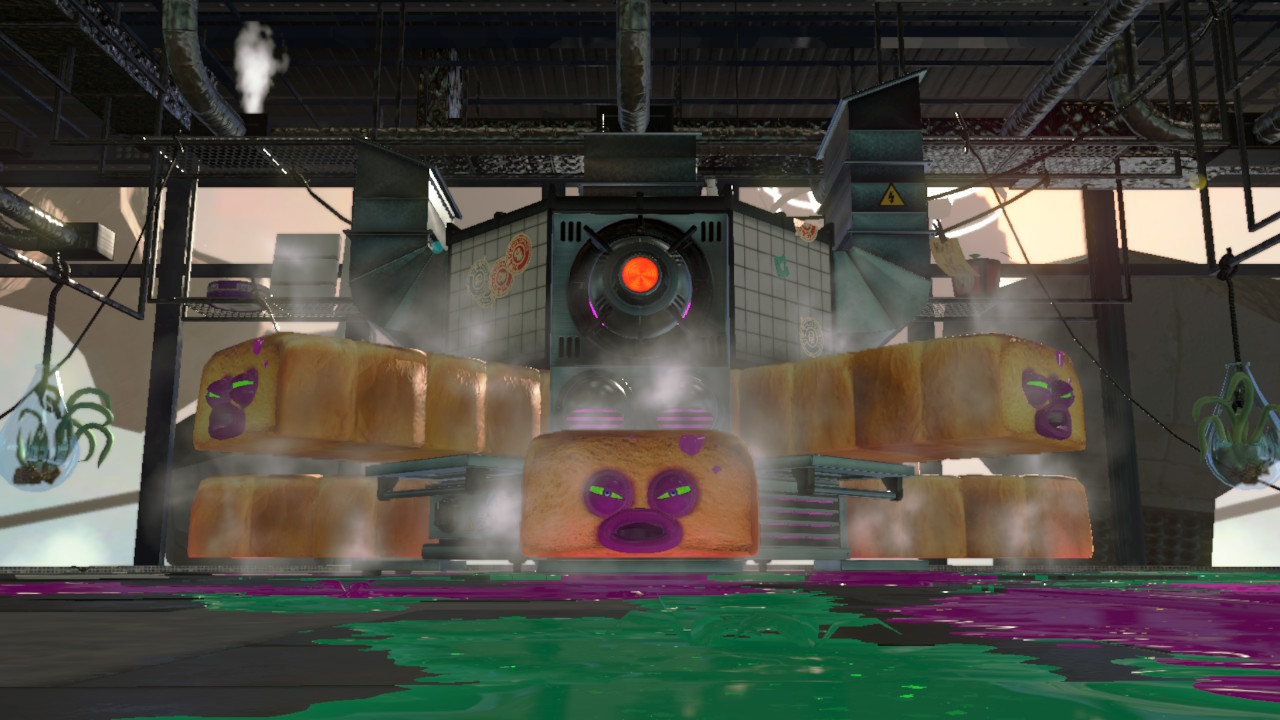 The first boss of Splatoon 2 is a strange fight for first-timers. Learn how to deal with the killer Octo Oven with our fast battle guide.

The boss of Tentakeel Outpost is unlocked after collecting three Zapfish. It’s also not too difficult, but that’s par for the Splatoon course, this is the first fight after all! Things don’t really ramp up until the second boss battle. That one can be tricky. Don’t worry, we’ll cover that one too.

Until then, take a look at the ugly Octo Oven and get some tips for victory with the step-by-step breakdown below.

Each boss door is unlocked after acquiring the required amount of zapfish. There is one zapfish at the end of each level — usually you’ll need 6, but the first area only requires 3. Complete the three starting levels to dive right into the first boss battle!

The intimidating Octo Oven is a massive tower of toasted octoboss. Right away, you’ll want to stay away from the panels with Octarian faces through the oven glass. Those come popping out quick, and the ones splattered with purple ink spray the immediate area when they appear.

Ink the floor and keep away until the oven goes haywire. When it does, it shoots out all the toasted Octarians at once while stunned. Shoot ink on the toasted platforms or climb the exterior wall to the very top and blast the tentacle weak point.

Phase 2: For the second phase, the Octo Oven will summon ink pistols all over the arena. It also gets tons of armor, meaning you’ll have to climb onto one of the Octo-toast platforms and hop to an alternate when climbing to reach the very top. You won’t be able to ink up the metal armored areas.

Phase 3: During the final phase, there are fewer ink pistols, but the Octo Oven summons a solid wall of glazing inkjets and spins clockwise! That means you need to start running left. Create a path and squid-form to move faster to avoid the ink.

The third phase also gains extra armor on the toast platforms. Otherwise, it’s all the same. Wait for the stun, hop across the platforms and splat the tentacle at the top to win!

That’s about it for the first big boss of Splatoon 2. Next time, we’re covering the honorable (and deadly!) Octo Samurai. Stay fresh!