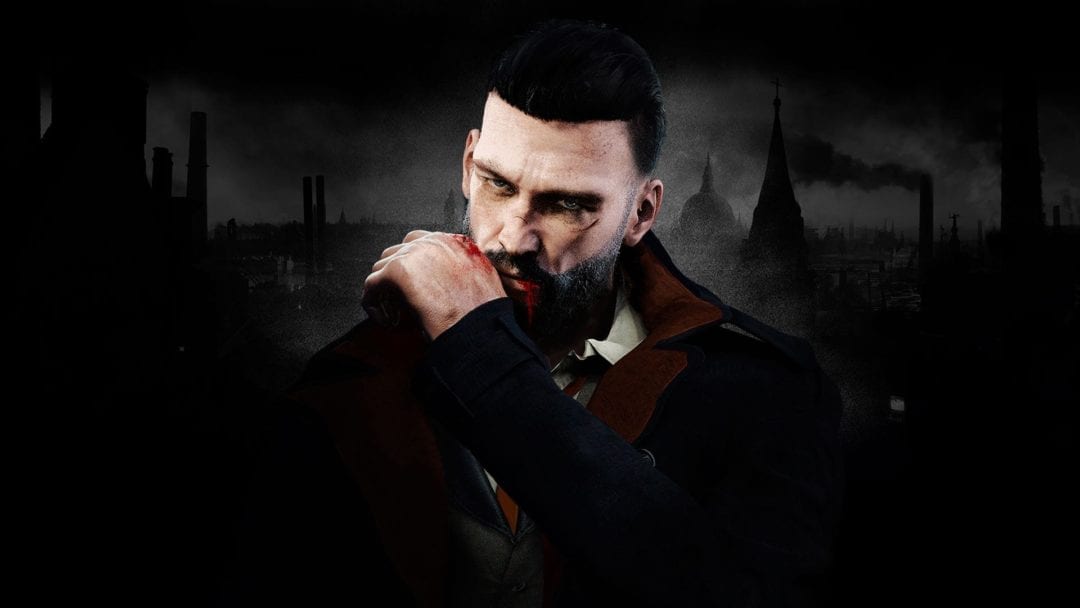 Most of the universe’s problems can be solved in a few hours or less. At least, that is, if you’re the star of a video game. The potential to leave everyone smiling while you stand triumphant atop vanquished foes always feels within reach. Unless you’re playing Vampyr. If you’re not vigilant and making constant careful observations, even idle conversation can lead to catastrophic failure in DONTNOD’s game. Whole city districts can collapse because of simple, incautious decisions. Vampyr’s London isn’t an impervious world that can withstand the player’s whims, but a precariously balanced metropolis steeped in seemingly endless suffering. It’s through this strife that Vampyr disempowers you, dwarfing your immortal might with the pain of humanity.

Jonathan Reid is a man of medicine and a newborn vampire, a combination that theoretically equips him to deal with an exceedingly fragile world. Players use his newfound vampiric senses to detect any illness at a glance, and you can craft the cure to what ails your patients’ bodies on the spot provided you have the materials. People trust you and look to you for aid. But even with all your power, their healing is temporary and untold destruction a mere slip away. Killers, both paranormal and human, stalk the streets. Malignant, highly organized forces aligned against the city’s poor and downtrodden threaten to crush the very people you tend to. All you can do is stem the tide, or rip a new hole in the city in the hopes you’ll withdraw a tumor rather than an innocent soul.

Vampyr won’t play easy with you. It demands blood in order for you to triumph. Killing enemies earns you meager rewards that shrink in value while your opposition toughens precipitously between encounters. These brutal fights reward only a single drop of blood. It’s much easier to feed from your patients and other citizens. Most have some vice and virtue that you can consider when deciding if you should  devour them. Refuse to bite even a single person and you’ll always be at a disadvantage. Each morally upright choice takes a toll, punishing you with more fights and less blood. Each time you are struck down in combat you’re left with the gnawing question: “Wouldn’t taking the life of just one miserable soul be worth it?”

Once I had the choice of letting a man die a gruesome death or contesting a vampire lord who dwarfed me in every measure. He was more than six levels higher than me and I had to drain his blood, bite by bite, for over 10 minutes because I’d refused to take advantage of my patients. It challenged every reflex and skill the game taught me. It was harder than the actual final encounter. But I saved that man, and all the sweat and tears felt worth it.

That pristine achievement was stained, sadly, as I later realized I’d need blood to save another friend. One of my staunchest allies was abducted and I couldn’t let a good man die. Consuming someone else for his sake lessened both of us, but I still did it. While the game’s version of Whitechapel may never mourn its mad preacher, the cost of my actions stuck with me even as I assured myself it was worth it.

Blood is always tempting in Vampyr. You gain the most blood from eating London’s most colorful characters, but each death influences their district’s stability. It’s possible to remove a handful of people and still keep the peace if you choose your victim with great care. Certainly, the mad industrialist trying to wall off West London is a danger in the long run, but is eating him the ideal solution? Should you trust a vagabond preacher turned ghoul to not devour his flock? Vampyr regularly questions if you have any place to choose at all and grants no retries if your decisions cause even more destruction than if you’d left people alone. Ask the wrong question, kill or save the wrong person, and all your efforts can be for naught. Pressing for information or acting in haste can lock paths. Devour a man who has an answer you need, and their lips are sealed. Spare another and you might find him spreading disease and be forced to grapple with the open sore you permitted to fester.

Every soul you touch on this journey adds weight and character to the game. The mother of a serial killer might be spared shame if her son is put to dirt, but will the anguish of losing him be any different? Can you convince the bartender and maid to embrace what time they have, racial tensions of the era be damned? You’re not expected to know every answer or solve people’s problems. In fact the game makes it difficult to do anything that’s wholly beneficial. You’re their doctor, not their therapist or guidance counselor. In an era of RPGs that force you to be a jack of all trades — a lover, a defender, a mediator, a politician, and old fashioned muscle — all you can do in Vampyr is what anyone would in the same situation in the real world. Ask, suggest, encourage, or discourage, and let them decide for themselves. Your role is to provide aid, not to play God.

Jonathan is immortal. You can live his life however you like. What distinguishes Vampyr though is that life itself, everything that isn’t Jonathan, is beyond your control. You’ve escaped life’s natural boundaries, but the world hasn’t, and so the game drags you back down to earth.

There’s no more human conflict than that. By handing you this power and insight Vampyr makes an undeniable statement. You are no hero to be worshipped, and the world is not a watch waiting to be fixed. You are inherently flawed, and what you make of that says far more about your humanity than whether you have fangs. Even as the story concludes, the evil is merely repressed rather defeated. The illness has been treated, but at what cost? That’s for you to decide.

Marvel: Contest of Champions The Art of the Battlerealm Giveaway

10 Fantastic Indie Games Not to Miss on Xbox Game Pass