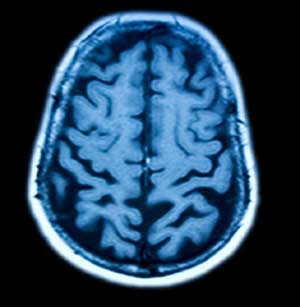 IBM’s Blue Gene supercomputer can handle 4.5% of your brain’s processes – and might have all of them covered by 2019.

As powerful as many modern supercomputers are, none of them can match the overall processing power of the human brain. According to IBM, however, that may not be the case for long: The company’s Blue Gene supercomputer has already managed to simulate 4.5% of your brain’s processes at the same time, and the designers behind it say that they hope to have the entire brain done by 2019.

Blue Gene uses a refined version of the tech that IBM used to replicate all of the processes found in cats’ brains back in 2009. By hooking 147,456 1 gigabyte processors together, Blue Gene can simulate the actions of around one billion of your brain’s neurons and over ten trillion of the synapses which connect said neurons to one another (in total, human brains have around 20 billion neurons and 200 trillion synapses). Futher technical details surrounding the design team’s adventures in brain simulation can be found in their neatly-titled research paper.

Given this development and the creation of its SyNAPSE chip (which replicates the learning processes used by our own brains), it’s hard not to wonder about how far IBM can really go with cognitive computing. Modeling computers on the most powerful natural processor we know of is a clever strategy and the uses for computers as powerful as our brains would be plentiful. How much money could these things win on TV game shows? The mind boggles. We’ll have to wait until 2019 (or later) to see if it’s really possible, though.

Pick Your Own Path: Silent Hill