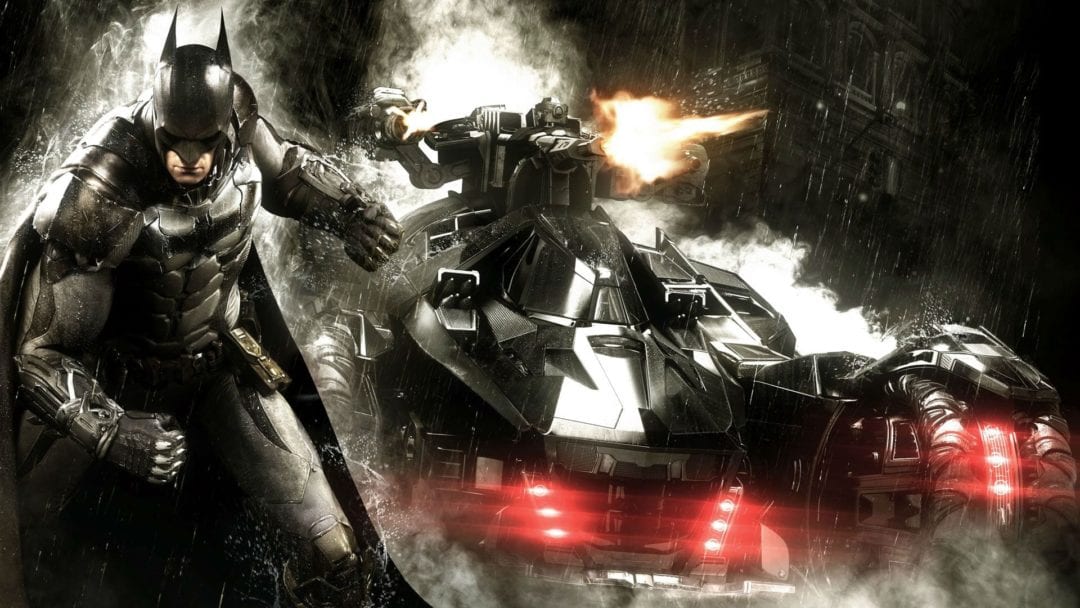 Like a long-rumored Ben Affleck full back tattoo finally emerging into the light of day, Batman: Arkham series creator Rocksteady Studios is peeking back into the world. Three years after Batman: Arkham Knight locked its cliffhanger ending behind a nearly endless Riddler Trophy collect-a-thon, that team’s next game appears to be more Batman. Or at the very least Batman adjacent.

Reddit user anonRocksteady (as quoted by Resetera’s est1992) posted details about DC’s Arkham Universe, a sequel to Arkham Knight that will be Rocksteady’s “last hurrah” with the series. Expected to debut at Microsoft’s X018 Xbox event in November, DC’s Arkham Universe will follow the pattern of previous Arkham sequels, expanding the size and scope of its Gotham City open world and introducing even more characters. The whole Bat-clan will be playable, including Nightwing, Catwoman, Batwoman, Batgirl, Robin, and even Red Hood. The Court of Owls, an ancient cabal of wealthy conspirators steering the fate of Gotham in recent Batman comics, will be the antagonists at least until Mark Hamill shows up.

Is DC’s Arkham Universe real? It certainly sounds plausible. But so does the other rumored Rocksteady game that popped up on Reddit and 4Chan recently. Justice League: Crisis orJustice League: Infinite Crisis will provide an even bigger open world, covering not just Gotham but also Superman’s Metropolis and The Flash’s Keystone City. Those new characters, as well as Wonder Woman, Green Lantern, and Aquaman, will also be playable.

What we actually know is that Rocksteady is making something and they’ll show it soon. Studio co-founder Sefton Hill said so at E3. It’s also probably going to be a Batman game because the Arkham series has sold more than15 million copies over the past nine years. Regardless of whether it stars Superman or Harley Quinn orAce the Bat-Hound, rest assured: there’s likely more Arkham coming.

Which is a stone cold bummer because, after a decade of DARK and GRITTY and SERIOUS games from a gifted team like Rocksteady Studios, it would be nice to see just one of their more lighthearted rumored games actually turn out to be real. Back in 2012, as Rocksteady was ramping up after Arkham City and Warner Bros. decided to make multipleArkham Origins games with other studios, it really seemed like they were going in a different direction.

The most exciting of these rumored titles was a Justice League game in the high camp, 1950s Silver Age style of the old Adam West Batman show. According to Variety, it would have been a “highly stylized” take on the founding of the Justice League and Batman’s first meeting with the Joker. That same year, Paul Gale claimed that Rocksteady would ditch DC altogether and shift toan open world Teenage Mutant Ninja Turtles game, a promising idea that stings even more since the Turtles actually popped in to hit Batman in the face with a pizza in Injustice 2. One day, Rocksteady. One day.

Anatomy of a Scene: The Trial of Frank Castle — Part 1

The Versatility of Sherlock Holmes