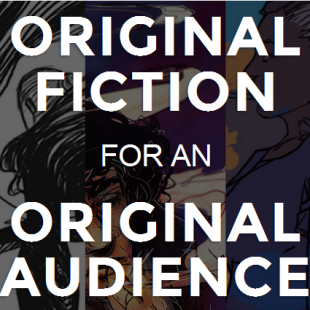 Generally speaking, if you create something with characters or even vague hints of a plot, you can count on someone writing fan fiction based on it. Just looking at the videogame section of some dedicated fan fiction sites will yield a wealth of content based on properties you would never imagine inspiring a narrative. A lot of it isn’t very good. You will, however, occasionally find gems of content hiding among the multitude of alternate Mass Effect endings and “what if Batman dated the Joker” stories. It’s these quality writers that Big Bang Press is trying to find.

Hoping to deliver “original fiction for an original audience,” Big Bang Press is an indie book publisher based in the United States and the UK that, according to its website, aims to “[represent] emerging talent from the fan writing community.” Inspired by the “difficulties many amateur writers face when trying to make the leap to professional writing,” the company has recently launched a Kickstarter seeking $40,000 to fund the publication of three original novels written by authors pulled from the world of fanfiction. “If you take a look at some excerpts from their manuscripts, you’ll be able to tell that these guys are the real deal,” says its Kickstarter page. “We want to be able to share their work with the world, and prove that fanfiction writers can be as good as (or even better than) many successful mainstream published novelists.”

It’s a sentiment that some, at least, would agree with. With 25 days left to go in its campaign, Big Bang Press has already raised almost $15,000. While that’s still a ways away from its final goal, it’s nonetheless some considerable cash and, with fan fiction being so widespread, there’s still a large pool of potential contributors. Just personally, I can see the merits of this idea. While it’s easy to roll your eyes, especially considering some of the other works born from fan fiction, you can’t really hold it against someone with their own ideas just because they got their start writing an epic narrative starring the cast of DDR. Hopefully, with the support being offered by publishers like Big Bang Press the transition be fan writer and professional author will be made a bit easier for some.

Xbox One UK TV Unwatchable, US Frame Rate May Be To Blame