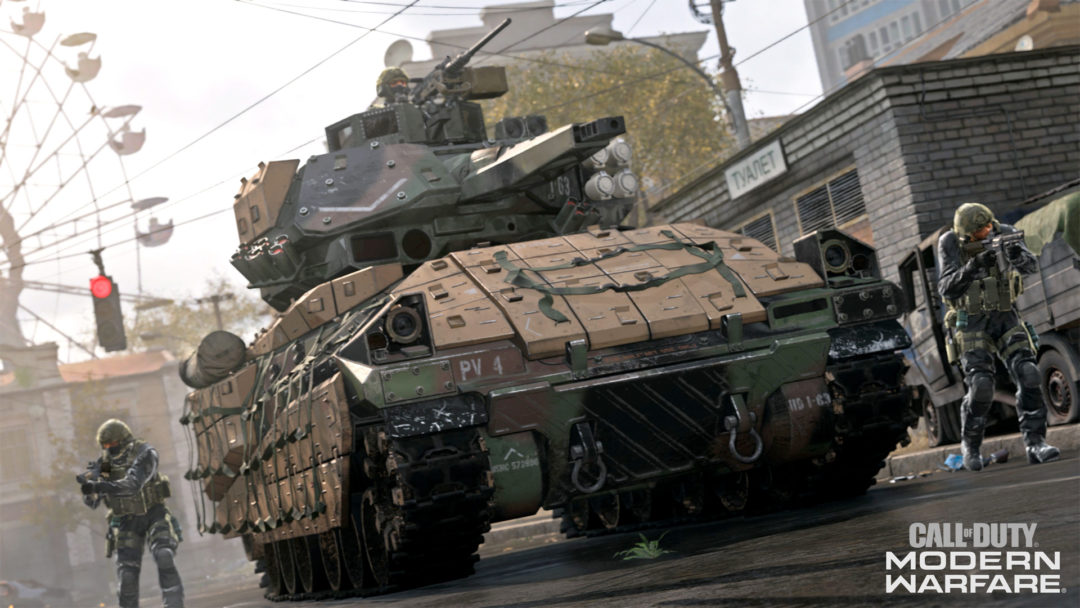 Call of Duty: Modern Warfare multiplayer design director Geoff Smith has spoken up about the game’s controversial inclusion of white phosphorus as a killstreak perk.

Developer Infinity Ward has previously stated its intention to treat heady themes like moral relativism in combat with the required gravitas. The game has already been revealed to feature child soldiers and unarmed civilians, in an extension of the series’s penchant for featuring inflammatory sequences, like the original Modern Warfare‘s atomic explosion scene. However, the studio is reportedly treating the multiplayer mode as more of a “playground,” where the exploration of serious themes can be put on hold. Smith has asserted that the multiplayer mode and story campaign are being treated as separate entities, with completely different values and goals.

White phosphorus is typically used to create vision-obscuring smoke on battlefields, but it has the secondary effect of being highly flammable and prone to unpredictable reignition long after its original deployment. The chemical can adhere to human skin, intensifying burn damage, and even be absorbed into the bloodstream causing damage to the liver, heart, and kidneys. Inhalation of the smoke and fumes the substance produces can also be extremely dangerous.

Video games’ depictions of white phosphorus have historically hit both ends of the sliding scale of silliness to seriousness. In 2012’s Spec Ops: The Line, main character Walker’s deployment of the substance was depicted as an unforgivable moral failure, especially due to events revealed later on. By contrast, 2004’s Metal Gear Solid 3: Snake Eater had no moral hangups about the stuff, permitting protagonist Naked Snake to chuck white phosphorus grenades directly at enemy guards.

Smith points out that the Call of Duty series has featured controversial weapons as gameplay gimmicks in the past, such as Modern Warfare 2‘s Tactical Nuke, without attracting similar reactions. He speculates that the upcoming game’s increased realism might have tipped the scales of controversy, asking, “Maybe if it was more cartoony would that be more acceptable?” Modern Warfare will reportedly not feature unique animations for characters suffering from white phosphorus damage.

Call of Duty: Modern Warfare comes out Oct. 25 for PlayStation 4, Xbox One, and PC.

The Cast for the Halo Showtime Television Series Has Been Announced

Monument Valley 3 Is Coming and Needs a New Game Director