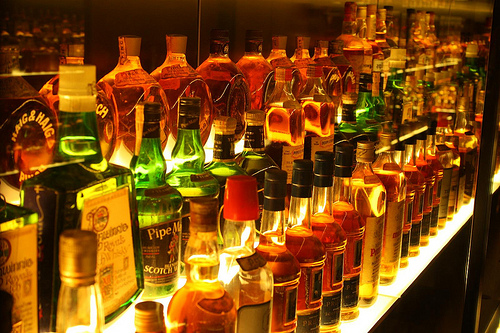 A Scottish whiskey distillery provides the ISS with the makings of a good malt whiskey. For science.

Never before have I wished that I followed my childhood dream to become an astronaut more than today. The Ardbeg Distillery, which has been producing whiskey on the Scottish island of Islay for centuries, has sent up some of their whiskey-making ingredients to the International Space Station as part of a two year experiment on gravitational forces.

The distillery teamed up with a US-based company called NanoRacks in the hopes that its cargo of unmaturated malt and charred oak particles (used by the Ardbeg in its own whiskey-making process) could help NanoRack’s researchers see how gravity effects the way complex molecules (called terpenes) interact with each other.

“By doing this microgravity experiment on the interaction of terpenes and other molecules with the wood samples provided by Ardbeg, we will learn much about flavors, even extending to applications like food and perfume,”
explained Michael Johnson, chief technical officer of NanoRacks. “At the same time it should help Ardbeg find new chemical building blocks in their own flavor spectrum.”

It’s believed that this experiment is the first of its kind, which makes me wonder why it took so long for science to step up to the plate to tackle this important issue.