The most striking thing about 2017’s It is where it falls in the canon of cinematic Stephen King adaptations. While It might be most readily classified as a horror film, its strength lies in how it transcends a lot of the expectations of a horror movie adapted from one of the author’s most beloved books.

Cinematic adaptations of King’s work often draw heavily from The Shining, which is ironic, given how King feels about Stanley Kubrick’s adaptation of his book. But The Shining’s influence on horror filmmaking is obvious even looking at this year’s big cinematic King adaptations. Doctor Sleep is based on the book that King wrote as a sequel to the novel of The Shining, but the trailer is steeped in echoes and quotes from Kubrick’s iconic 1980 film. Similarly, directors Kevin Kolsch and Dennis Widmyer draw very heavily from the The Shining in Pet Sematary, particularly in their portrayal of the vast and isolated American wilderness.

It largely eschews this obvious cinematic influence while also cleverly restructuring its source material. The novel It constantly jumps back and forth between the present day and a distant past, following the leads as both adults and children. It removes that framing device, relegating its adult characters entirely to It Chapter Two.

This choice allows director Andy Muschietti (Mama) to draw heavily from one of the more undervalued and underappreciated cinematic adaptations of King’s work: Stand by Me. Released in August 1986, Stand by Me is a nostalgic coming-of-age story set during the late ‘50s. An adaptation of King’s 1982 novella, The Body, the film focuses on four young boys who embark on an adventure into the wilderness in the hopes of discovering the body of a missing child. Along the way, these four teens contemplate what it means to grow up. 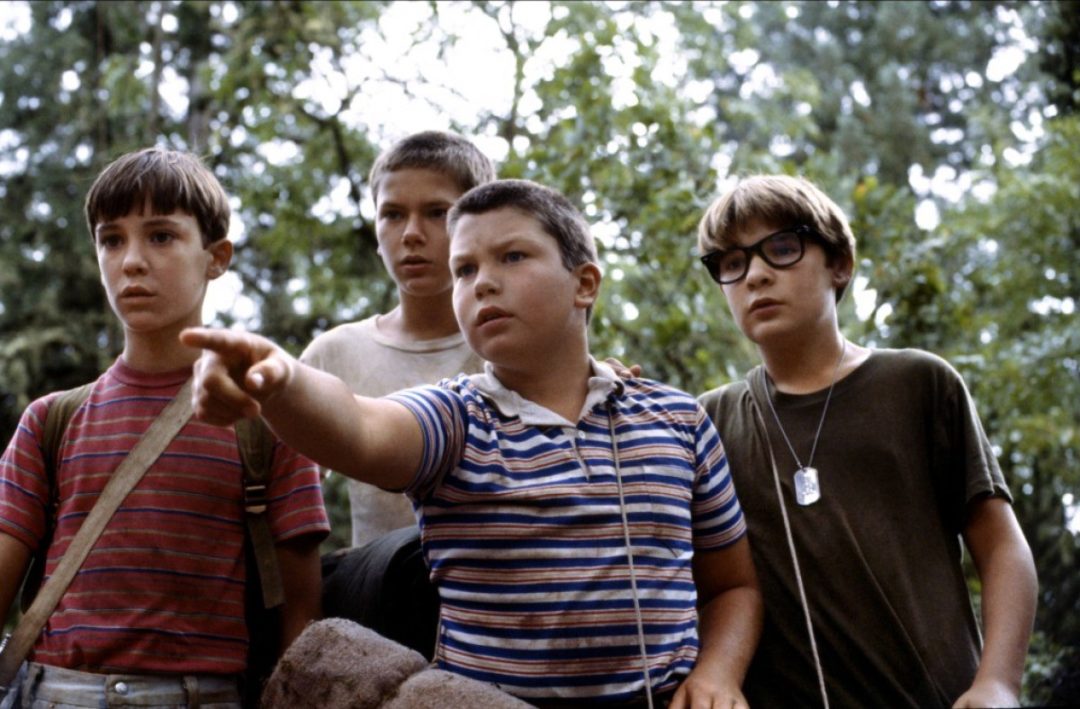 The central character of Stand by Me is Gordon “Gordie” Lachance, played by Wil Wheaton (Star Trek: The Next Generation), who mirrors It’s central character, Bill Denbrough  (Jaeden Martell of Midnight Special and The Book of Henry). Bill ends up leading a group of children known as the Losers’ Club in a battle against a monstrous evil posing as Pennywise the Dancing Clown that has taken root in the town of Derry, Maine.

Both Gordie and Bill are processing the recent loss of a brother. Both Stand by Me and It are stories about young teens who embark on an epic adventure that forces them to confront the inevitability of death. In It, that adventure involves a monstrous clown that feeds on the fear of children. In Stand by Me, it is a much more grounded journey past the edge of town. However, the destination is ultimately the same.

Gordie only truly comes to terms with his older brother’s death when examining the dead body of Ray Brower. He didn’t know Ray particularly well, and it is perhaps that level of abstraction that allows Gordie to work through his own recent trauma. Similarly, Bill spends the majority of It in denial about the death of his younger brother, Georgie, insisting that he must be alive. The climax of the film forces Bill to acknowledge that his brother is gone, allowing him to see through a ruse perpetrated by Pennywise.

Played by Bill Skarsgård of Atomic Blonde and Castle Rock, Pennywise is what one character describes as a “paper man.” He is an expression of a deeper and more fundamental set of anxieties. The fears of It are the fears of growing up during the ‘80s and early ‘90s. Georgie Denbrough (Jackson Robert Scott) remarks that he is “not supposed to take things from strangers,” reflecting the “stranger danger” panic of the era that put missing children on milk cartons. Eddie Kaspbrak (Jack Dylan Grazer), another member of the Losers’ Club, worries about the spread of AIDS in bodily fluids. 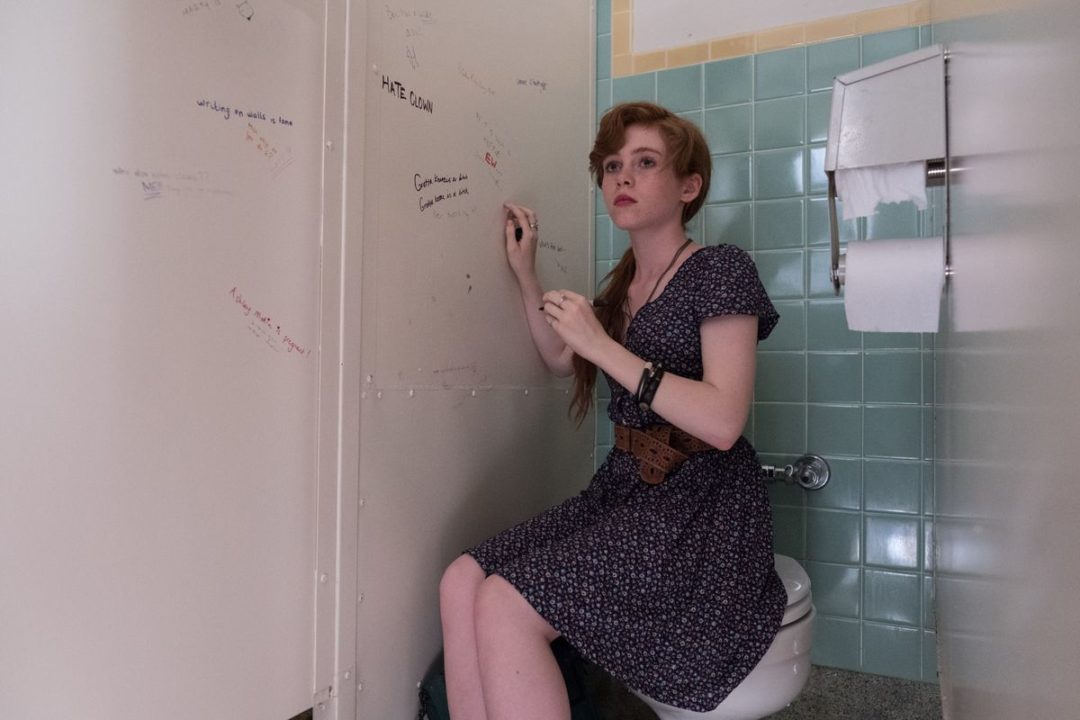 The teens in It are forced to confront the world as adults rather than children. Stanley Uris (Wyatt Oleff) is due to go through his bar mitzvah and “suddenly … become a man.” Eddie must escape his smothering, overprotective mother. Beverly Marsh (Sophia Lillis) is confronted by her own sexual development and how it leads to slut-shaming rumors from her peers, flirtation from local adults, and more attention from her abusive father. It literalizes these fundamental fears by having Beverly attacked by a mess of blood and hair in her own bathroom.

Muschietti emphasizes the parallels between Stand by Me and It, directing his film in the style of an ‘80s coming-of-age adventure. The kids spend a lot of time exploring an idyllic countryside, traveling through the woods, or wandering by the river. They exist in a world without the protection of adult authority figures, where they’re at the mercy of sadistic bullies. In Stand by Me, the kids are tormented by the sinister Ace Merrill (Kiefer Sutherland of 24 and Designated Survivor). In It, Henry Bowers (Nicholas Hamilton) fulfills a very similar narrative function.

Of course, It filters these narrative beats through a more overtly supernatural lens. There is implied to be some mysterious force that blinds the adults of Derry to the suffering of their children, and Henry is manipulated by Pennywise. Stand by Me lacks these paranormal narrative elements; the group’s parents are simply neglectful and Ace is just a vicious bully. These harsh realities might be even more unsettling without an external justification.

Both Stand by Me and It are stories about how children must inevitably grow up on their own. The films understand that the world is a terrifying place for children, but that confronting that reality is an important step on the journey towards adulthood.

In Generation Zero, Your Greatest Weapons Are Binoculars and Patience