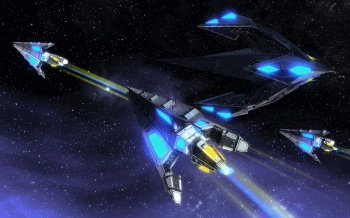 The fate of the MMO’s versions of Romulus and Remus was determined by the 2009 Star Trek film.

Tomorrow, Star Trek Online will get its first major expansion since the MMO launched in 2010. Legacy of Romulus adds the Romulan Republic as a playable faction, and a WarCry interview with producer Daniel Stahl revealed the impact that J.J. Abrams’ polarizing film reboot had on the game. According to Stahl, because Romulus and Remus were destroyed in 2009’s Star Trek, “we simply had no choice but to keep the planets destroyed in our game.”

The destruction of Romulus in the Prime timeline was a pretty big part of the 2009 movie, and it’s interesting to see how those story choices are being integrated into Star Trek Online. “Romulans have a much more personal story and their missions and gameplay reflect the challenge they face to survive in a hostile galaxy,” Stahl said of the expansion’s gameplay. “Creating a Romulan and playing through their first episodes is a vastly improved experience than what it was like creating a Federation captain back at launch.”

Legacy of Romulus is set to launch tomorrow, May 21. For more on Star Trek Online‘s first expansion, check out the full interview.

Someone Wants To Buy Kingdoms of Amalur