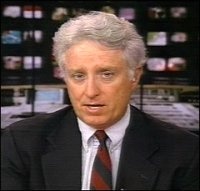 The night is growing darker for Jack Thompson: The judge in his misconduct hearing has recommended he be disbarred for life and slapped with some pretty hefty legal costs in the bargain.

We talk a lot about Jack sometimes, and maybe we give him a little too much attention when he kicks up a fuss, but with his career as an attorney apparently winding down it’s worth documenting the final, spectacular flameout of one of gaming’s most strident and high-profile critics. The official recommendation from Judge Dava Tunis, based on a hearing held in March, recommends Thompson be disbarred permanently, with no opportunity to apply for reinstatement, and also that he be penalized a minimum of $43,675.35 in legal costs.

The harsh recommendation came in the form of a 169-page document, described by Tunis as “atypically detailed and extensive,” but also necessary due to “the number of separate complaints and Rule violations alleged, the period of time involved and the volume of evidence presented which spans over two decades.” The reasons behind Tunis’ decision are varied and many, but most come down to Thompson’s irrational and self-aggrandizing antics both in and out of the courtroom, and his flat, longstanding refusal to modify his behavior. Tunis refers to numerous statements made by Thompson to various judges and other individuals, including gems like telling Judge Ronald Friedman, “You’re the kind of guy who would wave into an intersection a child to be run over by a semi,” and thanking Judge James Moore for “setting such a low standard of public morals.” Judge Tunis herself comes in for some choice commentary from Thompson, who recently called her a “wild woman” and suggested she was mentally impaired.

Tunis said the Thompson issue didn’t involve any single “isolated incident” but was instead a matter of “cumulative misconduct, a repeated pattern of behavior relentlessly forced upon numerous unconnected individuals, a total lack of remorse or even slight acknowledgment of inappropriate conduct, and continued behavior consistent with the previous public reprimand.” Thompson’s actions over the course of the proceedings were also taken into consideration as an aggravating factor; Tunis said Thompson is essentially beyond rehabilitation, and fails to “even remotely appreciate the basis upon which a need or purpose for such rehabilitation is warranted.”

“Over a very extended period of time involving a number of totally unrelated cases and individuals, the Respondent has demonstrated a pattern of conduct to strike out harshly, extensively, repeatedly and willfully to simply try to bring as much difficulty, distraction and anguish to those he considers in opposition to his causes,” she continued. “He does not proceed within the guidelines of appropriate professional behavior, but rather uses other means available to intimidate, harass, or bring public disrepute to those whom he perceives oppose him.”

Thompson’s final fate won’t be decided until September, but based on Tunis’ thorough and unwavering assessment and recommendation, it seems very likely that his career as an attorney is over. Where he goes after that is anyone’s guess, although he has implied in the past that the withdrawal of his license to practice law would have no bearing on his anti-videogame crusade. While he could no doubt find like-minded audiences for his efforts against the industry, his lack of wider credibility in the wake of a permanent disbarment would leave him almost completely marginalized.

It’s long and legal but still kind of fun, so anyone who wants to read Judge Dava Tunis’ recommendation of a permanent disbarment for Jack Thompson in its entirety may download the document, in PDF format, here.