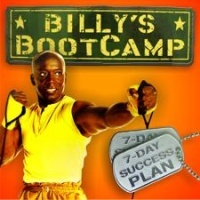 The Nikkei Business Daily is reporting that some Japanese game developers are concerned about the long-term future of the Nintendo Wii as a viable development platform.

According to a report by IGN, a few of the developers who spoke with the Japanese newspaper even expressed nervousness about developing games for the system in case its popularity drops off in the near future. Several also claimed that Nintendo has reaped the rewards of the Wii’s success at the expense of third-party publishers.

The greatest worry for Nintendo, however, is the belief expressed by some developers that the Wii is a fad with no long-term potential. According to the report, one development company president said, “The Wii is like the “Billy’s Boot Camp” weight-loss program on DVD. People bought it out of curiosity, and it’s likely a lot of them haven’t used it.”

The concern comes amid indications that sales of Nintendo’s chart-topping console may be slowing. The most recent figures show monthly sales of 168,000 Wii units, still significantly higher than Sony’s PlayStation 3 but the lowest mark since the system’s December 2006 release.