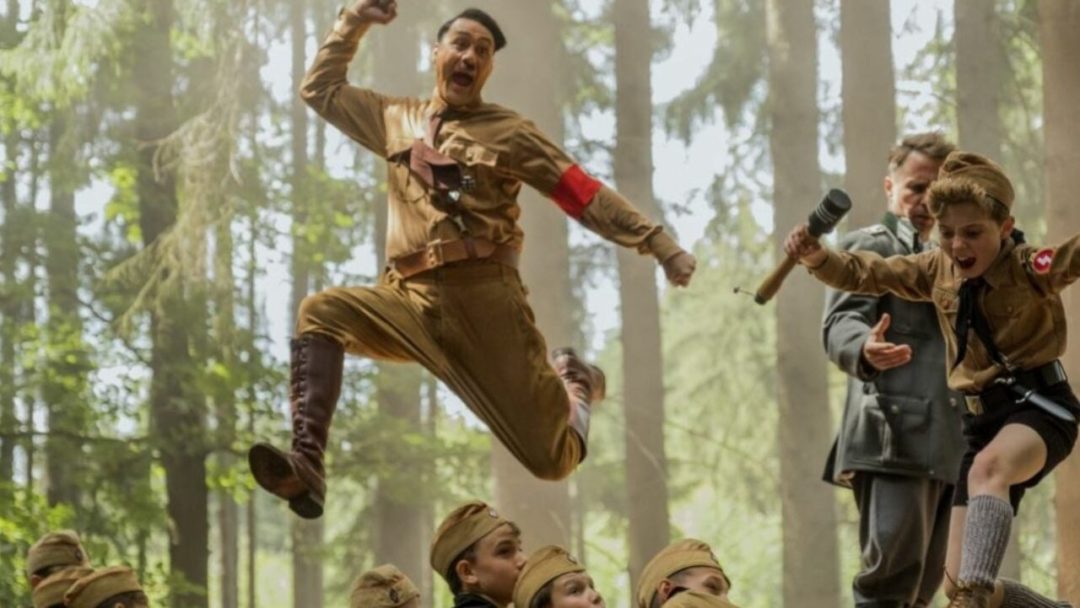 Thor: Ragnarok director Taika Waititi’s next film is a bit different from his superhero output, as the new trailer that just landed for Jojo Rabbit shows.

Then again, maybe it isn’t. Everyone previous to Waititi was taking Thor way too seriously, and he used humor to tackle the character and redefine him. He looks to be doing much the same with Nazism, putting a satirical spin on horribly serious subject matter. The movie follows a young boy named Jojo (Roman Griffin Davis), struggling in the Hitler Youth program, who discovers his mother is hiding a Jewish girl in their house. That discovery drives a conflict within him and angers his imaginary friend, Adolf Hitler (Waititi). Yeah, the plot alone is bonkers and then you throw in children with rocket launchers and grenades.

It’s an obviously timely film that confronts blind nationalism and also looks really funny, but Disney, who acquired the film in their 20th Century Fox buyout, is worried that the film could “alienate Disney fans.” Studio execs are usually horribly blind to actual creativity, though, and this seems like the kind of bold and clever filmmaking that Waititi has built his career on. Just look at What We Do in the Shadows to see how well he subverts convention and parodies the norm. If there is any director working who could deliver on this high-concept comedy premise, it’s Waititi.

Joker Already Has Awards Buzz — and Controversy – The Big Picture