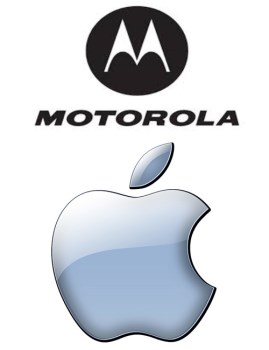 A U.S. District Court Judge has accused both Apple and Motorola of bad behavior and says their lawsuits are merely “a business strategy that appears to have no end.”

I haven’t paid much attention to the ongoing litigational battles between Apple and Motorola, because it’s a sprawling and incredibly complex affair and, to be blunt about it, I really don’t care. You know who else doesn’t care? U.S. District Court Judge Robert N. Scola of the Southern District of Florida, who on Tuesday delivered an excoriating order denying a request for a case-management conference and also expressed no small amount of frustration with both companies.

The judge noted that both parties have prolonged and padded the litigation to the point that it now includes over 180 claims spread across 12 patents, and more than 100 disputes over the meanings of terms in those claims. Apple and Motorola, while apparently recognizing the need to simplify the situation by voluntarily dropping some claims from the case, can’t agree on how to go about it, and so they filed a joint request for a “case-management conference,” which did not go over well at all.

“Without a hint of irony, the parties now ask the Court to mop up a mess they made by holding a hearing to reduce the size and complexity of the case. The Court declines this invitation,” Scola wrote.

“Most parties that come before the Court are trying to resolve their legal dispute as expeditiously, efficiently, and fairly as possible so that they can get on with their business or personal lives,” he continued. “But in the present case, the parties’ obstreperous and cantankerous conduct – combined with the existence of similar cases by the same parties or their affiliates throughout the world – makes it plain that the parties have no interest in efficiently and expeditiously resolving this dispute; they instead are using this and similar litigation worldwide as a business strategy that appears to have no end.”

The judge denied the request for a case-management conference but did push the Markman hearing back until September 20, with a warning that he expects the companies to use the time to get their stuff together – and that if they fail to do so, he’ll put the brakes on the whole thing. “If the parties cannot make this case manageable,” he wrote, “the Court forewarns them that it intends to stay the litigation while the Markman issues are pending and issue a decision as expeditiously as the parties deserve.”

Judge Scola’s ruling can be read in full here.