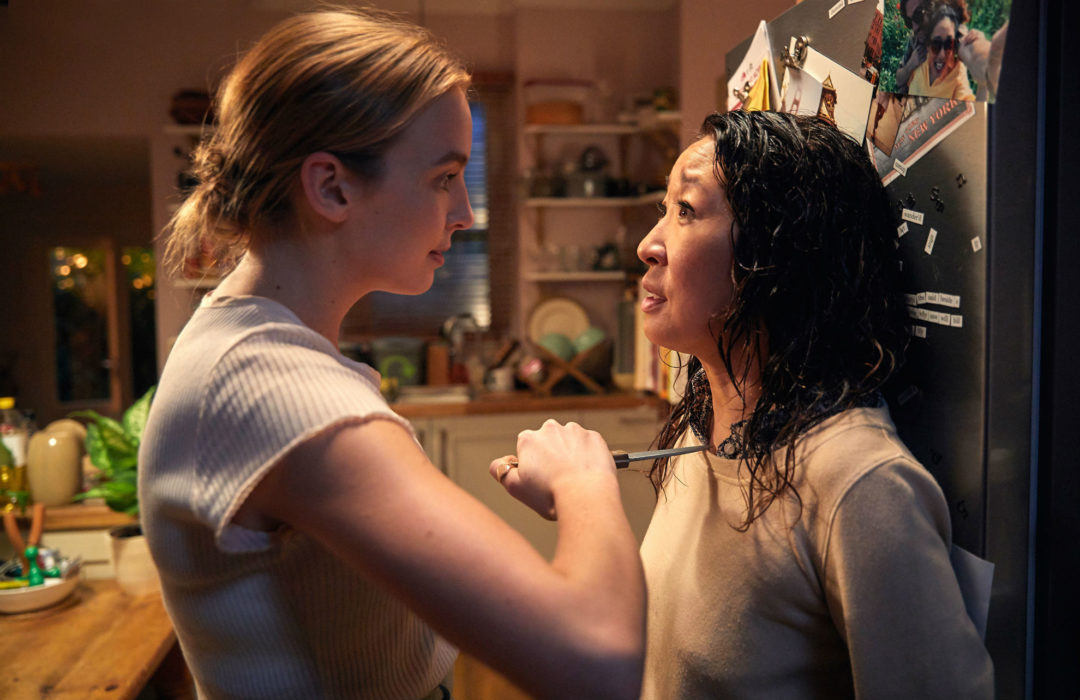 Is Villanelle an antihero?

Killing Eve’ Villanelle (Jodi Comer) is a Russian assassin and all-around psychopath who loves high fashion and flamboyant murders. In the first episode of the show’s second season, she casually snaps the neck of a tween boy who shares her hospital room. The boy’s face is scarred, his parents are dead, he wishes for death. He hugs Villanelle for comfort, and then she does what she does. It’s horrifying, but also funny. Villanelle is so … Villanelle. You’re there to watch her murder with that half innocent, half unhinged smile. If you don’t love her a little, you’re probably not going to watch the show.

That certainly sounds like an antihero. Merriam Webster says that an antihero is “a protagonist or notable figure who is conspicuously lacking in heroic qualities.” Villanelle is a central character who lacks heroic qualities, like idealism or morality. You root for her even though — or even because — she is a vicious murderer. That fits.

But while Villanelle is technically an antihero, I think the term is (unlike her attire) ill-fitting. After all, not every central character who lacks heroic qualities is colloquially considered an antihero. Think about the Coyote in vintage Warner Bros. cartoons for example. He’s the central character in the Road Runner cartoons. He lacks conventional morality; he’s not courageous or idealistic. He’s just trying to kill his dinner. He’s a murderous predator like Villanelle (albeit a less competent one). But most people wouldn’t call him an antihero.

You can find more recent examples in Taika Waititi’s new vampire mockumentary What We Do In the Shadows. The series is a sitcom about the foibles of evil vampires on Staten Island. One early episode is focused on their efforts to take over the city council (they are stymied because they go to the zoning meeting first. Nefarious demands for total control need to be aired at the general meeting.)

The vampires are funny, but they’re also mass murderers. In one scene they grab an irritating passerby, drag him into a tree, and tear him apart so his blood drenches his confused significant other, who’s looking up and wondering what happened to him. You could call these murderous vampires antiheroes, I guess. But like the Coyote, they’re not really presented seriously enough to be heroes. The murder and violence is a goof. It’s not real.

Realism is in fact central to the construction of antiheroes. The antihero isn’t just someone who isn’t heroic. An antihero is someone who shows that typical heroism and morality is inadequate or naive. Clint Eastwood’s Dirty Harry is an iconic example; he breaks all the good cop rules, murdering and torturing with impunity, because that’s what you need to do to get the job done. Noir heroes like Raymond Chandler’s Philip Marlowe might qualify too. They’re brutal and morally ambivalent because the world they live in is brutal and morally ambivalent.

That’s the case for Netflix’s recently cancelled Punisher series. Frank Castle (Jon Bernthal) turns to violent vigilante justice because the people who murdered his family are highly placed, and untouchable by legal means. The show is an extended meditation on whether or not Frank is right to do what he does. It largely concludes that he is precisely because he is grappling with real, gritty truths that most people are unwilling to face. “If you’re gonna look at yourself, really look in the mirror, you gotta admit who you are. But not just to yourself, you gotta admit it to everybody else,” Frank says. Frank’s refusal of traditional heroic traits, like mercy, kindness, and a respect for human life, makes him more honest and more real. The world is a jungle; you have to be willing to be an animal to survive.

The antihero, then, isn’t just a character who happens to lack heroic qualities, like the Coyote or the vampires in What We Do in the Shadow. An antihero is a character who, explicitly or implicitly, critiques heroism. Antiheroes are supposed to show that heroic morality is too simplistic, too unrealistic. Antiheroes don’t just stab you in the eye; they stab you in the eye to teach you a lesson. Eye stabbing is how the world really works, you namby-pamby whiners! You and your heroes can live in a cotton-candy ivory tower without eye-stabbing, but the slouching anti-heroes know that EVERY EYE GETS STABBED OUT ALL THE TIME. If you want to do the grimy, gritty work of justice you need to bathe in eye ichor, and like it.

As you may have guessed by this point, I don’t much care for antiheroism. I think antihero realism is silly, and an excuse to claim that violence and viciousness occupy some sort of moral high ground. Most people go through their lives without ever seeing an eye stabbing; most people aren’t brutal violent vigilantes. The Punisher and Dirty Harry aren’t any more real than the Coyote or a vampire. Cruelty isn’t more real than kindness, though telling ourselves that it is may make it more common than it needs to be.

But while I’m not a fan of antiheroes, I like Villanelle. That’s because she’s not really an antihero in the Punisher sense. Killing Eve is a drama series, rather than a comedy like What We Do in the Shadows. But it’s not exactly realistic. Eve (Sandra Oh), the agent pursuing Villanelle, says the assassin is “flamboyant,” and that’s a good description of the show too. Villanelle’s murders are theatrical, bombastic set-pieces. In the first season she murders a perfume designer by getting her to smell a bottle of scent that kills you upon inhalation; in another assassination she gets her mark’s eight year old grandson to collaborate with her in setting the grandfather up. You’re meant to admire her cleverness and daring, the way you admire the Coyote’s contraptions (though the Coyote’s misfire, and Villanelle’s do not.)

Villanelle murders people, and you cheer. But you don’t nod along and say, “Yes, violence is our true destiny, and in watching this show I am experiencing raw, unfiltered reality at last!” Villanelle’s a frothy antihero. They’re better than the gritty kind.

Sekiro Gets a Little Bit Easier