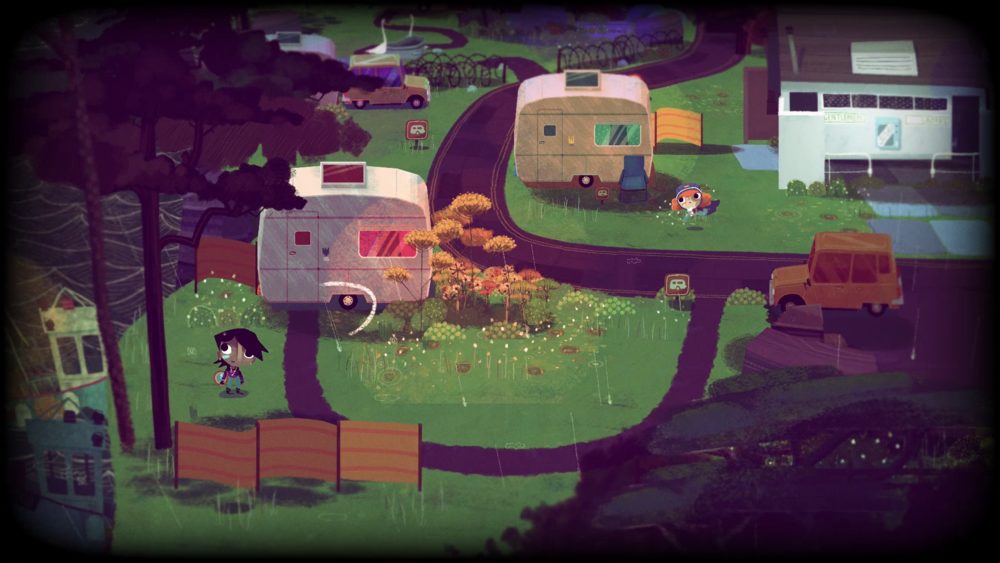 Knights and Bikes is a cartoonish action adventure inspired by EarthBound and Secret of Mana, being built by some of the creatives that worked on LittleBigPlanet and Ratchet & Clank, and it is coming later this month.

Developer Foam Sword announced on Twitter with a somewhat off-putting goose video that the game will launch for Linux, PC, PlayStation 4, and Mac users Aug. 27.

BIG REVEAL! Knights And Bikes has gone GOLD & will be released on… well, we'll let Captain Honkers do the honours!

Originally pitched through Kickstarter and now being published by Double Fine Presents, Knights and Bikes follows Nessa and Demelza through a coming-of-age story filled with exploration, lost treasure, and a pet goose. Some of the game’s “key ingredients” include “SNES-era action RPG” elements, adventure, and, of course, bikes. The game has been built with co-op in mind, but it can still be enjoyed as a single-player experience.

In order to capture the essence of a children’s book set on a British island in the ‘80s, Foam Sword opted to hand-paint the action adventure title. Along with the team having worked on other family-friendly titles, Foam Sword says Knights and Bikes is inspired by The Goonies too.

To add to the game’s whimsical approach, author Gabrielle Kent has already released two books based on the upcoming game.

Foam Sword’s debut title unsurprisingly bleeds the same sort of care and affection found in some of Media Molecule’s best work, so knowing some ex-members of that studio are behind Knights and Bikes comes as no surprise. For a better look into the game’s hand-crafted world, check out its 2016 announcement trailer below.