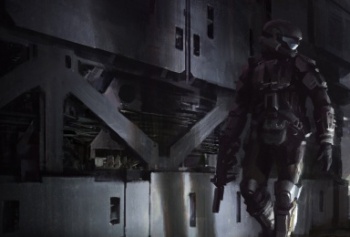 A law firm in the U.S. is looking for Xbox Live users interested in joining a class action lawsuit against Microsoft in response to the company’s decision to ban as many as a million users from the service for having modified consoles.

The Abington IP, a “boutique law firm specializing in patents, trademarks, copyrights, trade secrets, and consumer class actions,” is seeking Xbox Live customers who were caught in Microsoft’s recent sweeping ban of users with modified consoles and who “were not refunded a prorated sum for the time left on [their] subscription or have experienced other problems as a result of being banned” to take part in a class action lawsuit against the company. Central to the law firm’s complaint is the timing of the ban, which it noted came “conveniently” after the release of Halo 3: ODST and Modern Warfare 2.

I’m no fan of lawsuits but I have to admit that the point about the timing is interesting. Did Microsoft hold off on the ban so it could squeeze a few more rubles out of the peasants? Maybe – but good luck proving it. Still, if this sounds like the kind of shenanigans you’d like to get wrapped up in (and you have a legitimate reason for doing so), you can toss your key in the jar at Abington IP’s Xbox Live Class Action Investigation page.