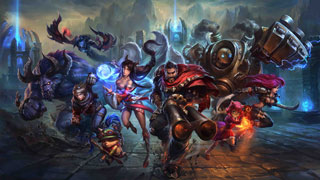 Since League of Legends released in 2009, anyone who wanted to chat with their fellow players was forced to use a third party app like Ventrilo or Discord. While that is still the case today, it could be changing in the near future.

The word comes from a Q&A session with Riot Korea, which Reddit user Calycae translated and posted. In that translation, a Riot rep says,

Previously we worried that voice chat would lead to toxic behaviors, but after rethinking, we ultimately decided to provide an in-game voice chat feature.

League of Legends promotes team-sport oriented teamwork, and we think that voice chat brings value to when players are matched with random players, so we are reviewing the feature at the moment.

After the game client update has been applied, we expect concrete plans and preparations to be possible.

It is difficult to say exactly when, but we would like to let you know that we are working progressively on bringing this feature ready and working.”

The post also quotes the Riot Korea Community Manager, who stressed that the feature, while being worked on, was not confirmed.

“Voice chat is being internally reviewed very positively, however it is not something that has been confirmed.

If we were to bring this feature to live servers, we will try our best to reflect upon the player’s worries and requests.”

Teams could more easily coordinate if voice chat were built-in, but players could also voice their displeasure at teammates using the same service. It’s a double-edged sword, but if Riot provides the ability to easily disable the feature, it could be of use to some. We’ll have to wait and see if the company decides to implement it.

Public Tickets for E3 Have Sold Out