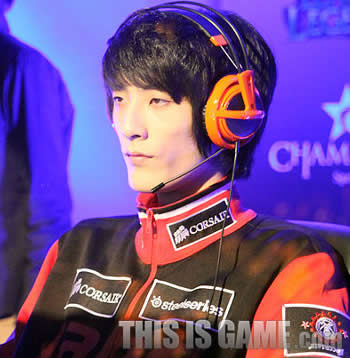 Image Source: This is Game

Cheon “Promise” Min-Ki, a professional League of Legends player from Korea, is in serious condition following a suicide attempt. This morning, Promise jumped from a 12-story building, crashing through the roof of a first-floor recycling center, which undoubtedly saved his life.

In a post on Inven, a Korean gaming website, Promise revealed that Noh Dae Chul never intended to form a successful League of Legends team. Noh planned to fix matches by ordering his team to lose on purpose, so that he could cash in by betting against them on illegal gambling sites.

“…AHQ Korea was a team made by Noh to profit off illegal gambling, teammates didn’t know and we had to fix games because of this,” wrote Min-Ki. “AHQ Taiwan never sponsored our team, it was a lie. I am sorry for all of this, and I can’t tell you everything, but I’m leaving now as I cant deal with this anymore.”

Promise had been in a coma following the fall, but has reportedly regained consciousness. Right now, he is in serious but stable condition.

Before we start unilaterally blaming Noh Dae Chul for Min-Ki’s suicide attempt, I’d like to point out that there are probably other factors at play here. We know that Promise had a difficult home life and that gaming was his escape. Plus, it’s very difficult to tell how much of this story is being communicated effectively when most of it is unverifiable.

Either way, Cheon “Promise” Min-Ki could use a little support right now.

Holy Crap, The First Image Of NBC’s Constantine Is Right Out Of Hellblazer