At the end of a playthrough of Czech Games Edition’s Letter Jam, I felt like I was pulling off a magic trick. Flipping over a line of cards one at a time, I called out what letter would be on their faces. “A – N – K – L.” I stopped, looking down in horror at a T and turned to the friend who had given me the last clue. “Your word wasn’t ‘spilled’?” She said she hadn’t thought of that as a possibility and had been trying to get me to guess “spitted.” That meant that my secret word wasn’t “ankle” but “taken.”

That’s somewhat appropriate, because like the Taken film series, Letter Jam is about having a certain set of skills. The cooperative puzzle game has two-to-six players each trying to identify a set of five letter cards that can be used to spell a word chosen by another player. You can’t see your own cards, but all of the other players can. They need to help you figure out what you have.

Each player places their active letter card in a stand so that it can be seen by the rest of the table but not by them. If there are fewer than six players, then the empty seats also get their own stand. Players then look at the letters they can see and try to come up with the most helpful word they can.

Players then spell the words by placing numbered tiles in front of the letter cards to indicate the order. Players can keep track of the information they’ve been given with clue sheet, laid out conveniently to make it clear what letters you’ve confirmed and which you’re just guessing at. On the first turn, a player placed tiles in front of four cards I could see and two in front of my card, so I knew it was a six-letter word that started with M-A and ended with E-R and had a double letter in the middle. 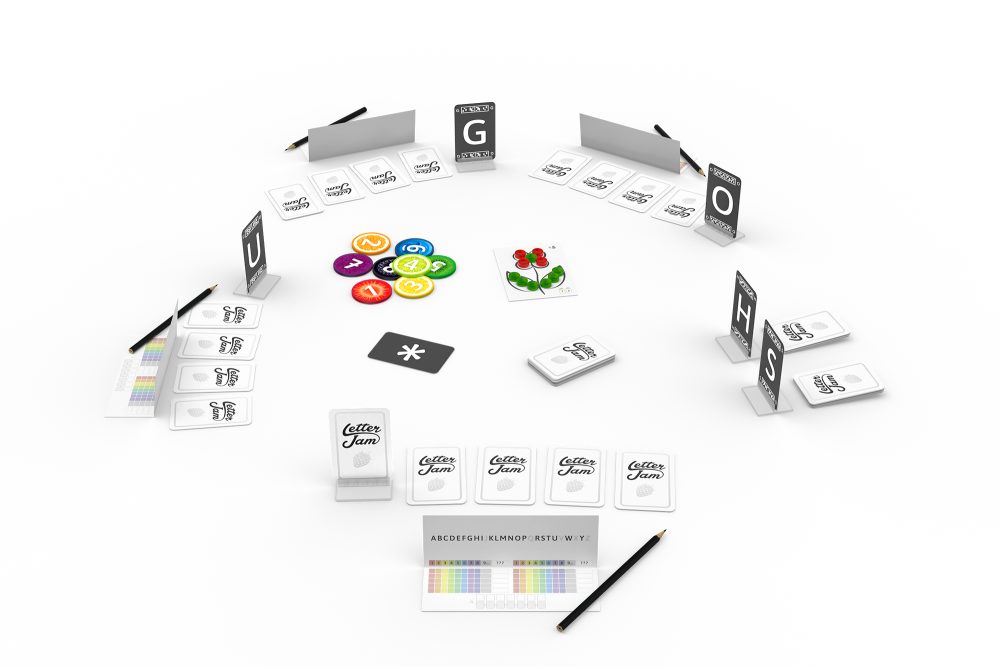 I realized this could spell either “matter” or “mapper,” so I decided to leave my card active for another round. When the next word started with P-O-R and ended with O, I was confused since neither “porto” nor “porpo” are words. A friend suggested I sing the alphabet song to myself to fill in the missing letter, and I giggled when I hit N. I hadn’t considered “manner” previously, but now I was sure my card was an N. I pulled it off its stand and replaced it with the next card in line so I could start getting hints based on that.

The rounds you have to give clues are limited based on the number of players. When you give a clue, you’re not getting any information of your own. That means you’re unable to triangulate your letters as carefully as I did with my N and sometimes need to take guesses. Sometimes those are wrong, like when another player was convinced he had a B and that the clue he’d just been given was “bride” when the clue giver was actually spelling “pride.”

This is only further complicated by the presence of a wildcard, which proves invaluable when everyone’s showing consonants but makes it even harder to tell what a clue is supposed to be. Guessing gets a bit easier later in the game, as you know your five letters have to spell a word, but as my very last clue showed it’s far from foolproof.

Once everyone has given at least one clue, there’s no strict rule about taking turns giving hints. Players jockey for who has the best one by sharing how many people they can help and the word length, since longer words tend to be less ambiguous. But there’s an extra level of strategy involved in making sure information is distributed equally. I was left rushing to try to figure out my last few letters because I gave so many clues early in the game. 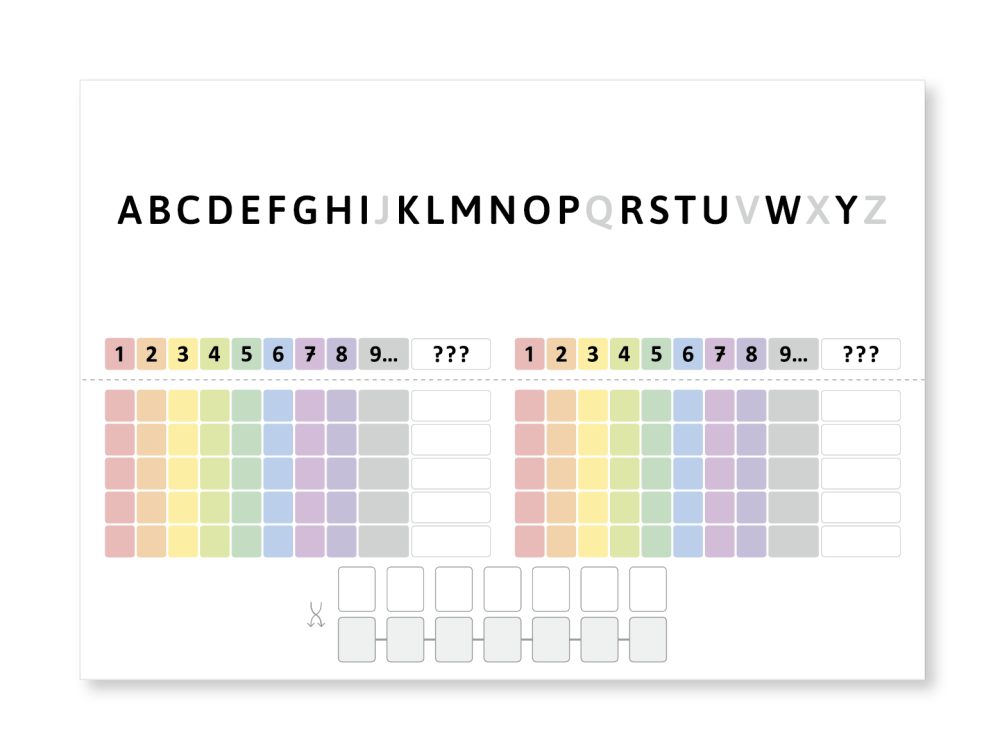 I played with five players, and I think that the more players you have, the better Letter Jam is. It’s nice to have one nonplayer card that’s always visible for everyone to use as a tool. Once a letter on that card has been used, it’s then swapped out for the next one in the pile. If you get to the bottom of the pile you earn an extra clue to use.

Those card swaps are particularly useful early in the game, when players are less likely to be retiring their own cards, because it can be hard to form multiple useful words with the same letter combinations. But stripping the number of players down further would remove some of the tension of deciding who should give clues and when. It would also remove some of the humor that comes from watching players get frustrated trying to figure out a word that’s obvious to you.

When I first heard about Letter Jam, I called it a verbal version of Hanabi, a collaborative card game where your teammates help you figure out the cards you’re holding to correctly arrange numerical sequences. While the simple elegance and tactics of Hanabi have made it one of my favorites, I actually prefer the complicated thought process involved in Letter Jam, where you constantly have to think about how your clues could be misinterpreted by players desperate to move onto their next card. It’s almost a fusion of Hanabi and Codenames, rewarding players for creative hints and understanding how their friends think.

Ondra Skoupy, the designer of Letter Jam, understands that his game is hard. According to the rules, at the end of the game “if more or less everyone has spelled a word, then you have all more or less won.” I guess I more or less won my game, but I was just left wanting to play again and see if I can actually pull off the magic trick of blindly spelling a word with a lot of help from my friends.

Riot Is Settling Its Gender Discrimination Lawsuit for Obvious Reasons