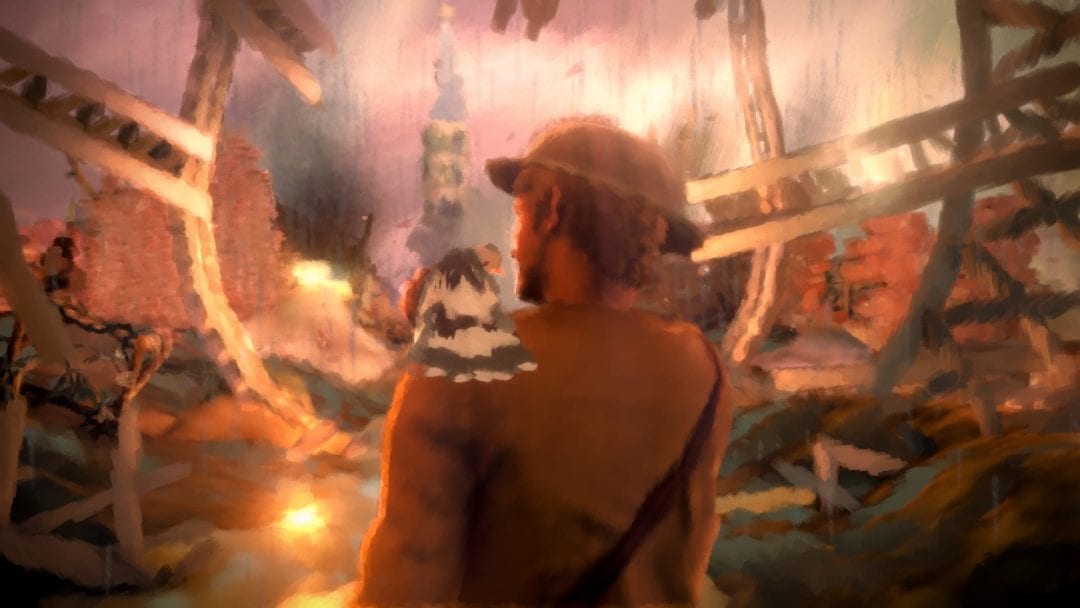 I have few memories of my childhood. Very few. The older I get, the fewer details I remember from my early years. The things that have stuck with me most are stories. Stories shared by family members, by my mum, my grandma, and my grandpa — those things always stayed with me far longer than the trivial events I experienced myself during my formative years.

And being a Frenchman, whose grandparents lived through World War II, you can imagine the content of these stories.

Despite this, I believe as a child I was sheltered from a lot of the darker parts of those recollections. While my grandpa told me many tales about his own life and that of my grandma, I heard very little about their parents and their lives during World War I. Perhaps this fact was what piqued my interest the most about the Great War, and what eventually led me to create Valiant Hearts and subsequently 11-11: Memories Retold — both video games based on life in Europe between 1914 and 1918.

It was not until 20 years later that I learned more about my own family’s past during WWI.

I was my grandma about my work and that I was about to start a project on the war when she quietly left the room and climbed into her attic. She returned a with three huge, very old cases. Within were reams of pictures, letters and trinkets. They contained all the correspondence her father sent home during World War I.

This legacy, and seeing the humanity within these letters, changed my perception of war completely. I started to see it not as all-out conflict, but instead a combination of thousands of unique stories, most of them belonging to scared young men away from home who didn’t want to kill each other.

Many of these letters home inspired me when I built the story of 11-11: Memories Retold. Unlike a typical war video game, it’s an emotional adventure that retells the stories of life on both sides of the front line 100 years ago. It is not a story of good against evil or one team versus another, but a story of two personalities on opposing sides of the frontline: Harry, a young Canadian photographer who has joined the war effort searching for adventure, and Kurt, a German engineer searching for his missing son.

One letter in particular played a huge role in shaping Kurt: a letter home about my great grandfather’s brother, who was missing in action. He was presumed killed in 1915, during the early years of the war, but his body was not found until 1921. There are a number of plot points and moments of the game that come from those letters, and it makes me very proud that I’m able to keep his memory alive in this way. He wrote:

“Arrived at destination but exhausted, made the exhumation this morning. I have no more doubts. Kisses.”

The simplicity of the words, the heaviness of each one and the way of telling that their son is dead without telling it directly is very emotional. I wanted the writers working with me on 11-11: Memories Retold to keep it simple like that: not too long, not too literate.

There are a number of plot points and moments of the game that come from those letters — the moments of joy when they play cards, the worry of the upcoming attack, the exchange of foods coming from different regions. It makes me very proud that I’m able to keep his memory alive in this way.

I encourage everyone to ask their own grandparents to tell them the story of their parents or grandparents. Their oral histories are so important to keeping this heritage alive.

Project xCloud with Xbox Game Pass Ultimate to Launch Sept. 15 with Over 100 Games