Life is Feudal might never be for everybody, but dedicated digital builders may want to take a look at the tools it has to offer.

I can best summarize my current feelings about Life is Feudal with a simple comparison. Two hours into my first Minecraft world, I had a nice little cave dwelling to keep the skeletons out and was waiting for morning to continue exploring. “How exciting it is to be a block man in a block land,” I thought. Two hours into my first Life is Feudal world, I was still hauling timber 50 yards from the woods to my build site at a snail’s pace, wondering what the most basic hovel would look like when I finally assembled the materials to erect it. “Man, it sucks being a peasant with no friends and no shelter on whatever random island this is,” I thought.

After dumping you unceremoniously into the wilderness, Life is Feudal tasks you with gathering materials and increasing crafting and combat skills to harvest materials, construct structures, and occasionally get into scraps with other players. Attacking others with abandon lowers your alignment, which can eventually make you fair game to other players (so they can attack you without being branded murderers themselves), and increases the number of skill points you lose upon death. Fighting itself plays out in a fashion similar to Mount & Blade, with twitch-based swings and location sensitive damage. It turned out to be clunkier than I’d hoped in practice, and burdened by a stamina system that had my ridiculously fit-looking character worn out after a few swings at a hapless deer with my homemade axe. 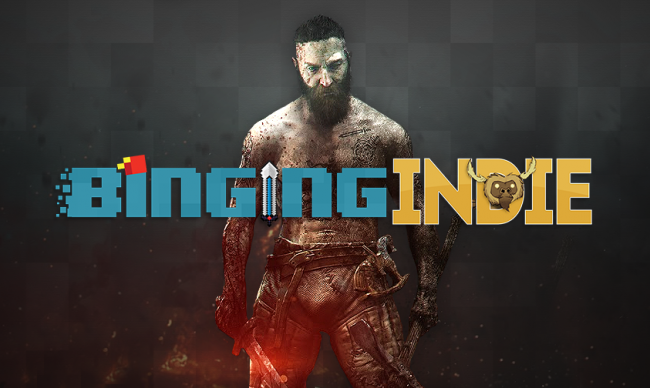 What you’re ultimately confronted with is a fairly threadbare sandbox whose vital ichor is busywork, expecting player communities to do all of the heavy lifting of creating an interesting gameplay environment. That said, player-driven sandboxes like EVE Online have created some of the most infamous and unbelievable stories in gaming history – including some of my personal favorite moments in any MMO I’ve played. EVE was, itself, pretty grindy and impenetrable on day one, and Life is Feudal is still relatively young (even considering that it’s been in Early Access for a good while). The difference for me is that EVE has enough player vs environment content to get you going or fill your time when your friends aren’t on, and starts you off in fleshed-out Hi-Sec space where there are plenty of smaller goals to accomplish and lots of cool NPC stuff to look at.

In order for Life is Feudal to be a place I’d want to return to regularly, player groups would need to invest hundreds of collective player-hours erecting keeps, castle towns, markets, and trading posts across the landscape… which would still sit empty most of the time due to a per-world player cap of 64. The tools to do so are there, and they’re quite good. There are mechanics for land ownership, terraforming, warfare, sieges, and almost everything else you’d need to play your own, personal Game of Thrones on a highly-developed server. You can’t currently capture territory from other realms, so battles are mostly just for fun, but player groups have free reign to stake land claims, build elaborate structures, and customize every tree, hill, and patch of dirt to their liking. The buildings are all pre-fabricated and minimally customizable in terms of structure, but most of the standard feudal fare is present: Walls, towers, keeps, inns, workshops, and so on.

As things stand, though, I don’t foresee many servers building up to a Westeros level of grand fortresses and high intrigue, since it would take a medium-sized group weeks of constant, mundane chores across dozens of characters to establish even a smallish kingdom. The most impressive settlements I found during my time hopping across high population worlds was a village with a partially-finished wooden wall, filled with basic huts (identical to the one I lived in on my single player character) and some farm plots. When the only non-player creatures I might run into are a handful of animals to hunt which pose no real threat to my safety, I couldn’t imagine staying interested long enough to join a guild, quarry stone, haul it down the hill, and repeat for double-digit hours in the hope of maybe, one day, seeing a keep go up. It would be amazing if a lord of a hall could hire NPC workers to automate much of this, and also serve as guards and caravaneers to help the servers seem more populated, particularly during times when not many people are logged on.

Life is Feudal really could be an amazing game, on a world with several, established PvP guilds who dredged shining realms out of the mud and met each other on the battlefield regularly. I pondered the possibility of merchants wandering from castle to castle to trade wares, hiring caravan guards from this faction or that to get them through the lawless wilds without being ganked by player bandits. Sadly, if such an environment does exist, I didn’t find it.

I would be elated to return to Life is Feudal some day to see knights charging in formation from shining fortresses to rout rough-and-tumble brigands looking to jump newbies on the road from one sprawling town to another. I’d be giddy getting to witness huge player wars where the guild-leading lords meet in single combat for a prestige duel, while siege weapons fling projectiles over their heads to batter the castle walls. That would be a really fun game, and the systems are there to support it. But right now, Life is Feudal is not that. What it is, unfortunately, is a slow-paced medieval chat room where accomplishing anything of note is such a massive time sink, most casual crafting enthusiasts who just want to have a nice little keep to call their own won’t have the stomach for it. I fear that unless the developers change gears and shift priorities, the lack of engaging world mechanics and solo options will lead to most players and groups moving on to something else before Life is Feudal has a chance to reach the greatness its systems are capable of forging.