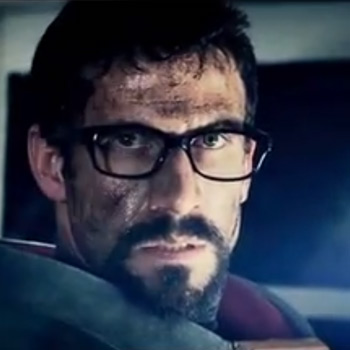 A group of filmmakers is asking Half-Life fans to support an upcoming live-action series called The Freeman Chronicles.

Unfortunately, Half-Life 3 probably won’t hit the market for quite a while. But while we wait, the folks at Chariotdrive and Infectious Designer are teaming up to produce a live-action series based on the Half-Life franchise.

If the Kickstarter description is accurate, The Freeman Chronicles will be a “thrilling, action, horror series featuring one of the greatest video game characters of all time.” Chariotdrive and Infectious Designer are planning to create several short films starring everyone’s favorite crowbar-wielding scientist: Gordon Freeman.

Once finished, all of the films will be freely available, and the filmmakers will make exactly zero dollars in profit. This should alleviate any copyright issues that might arise, unless Valve decides that Chariotdrive is somehow deteriorating the Half-Life brand. But that seems unlikely. Valve is usually extremely supportive of fan-made projects like this.

Half-Life fans have already donated nearly $20,000, which is well past the $12,000 goal. With 15 days left in the campaign, Chariotdrive has set its sights on $25,000, which would allow a couple of CGI Vortigaunts to join the fun.

These filmmakers have already produced a number of extremely high-quality video game films, including two Half-Life flicks. So, if you’re worried about wasting money on a donation, feel free to check out their work. But, if you’re already convinced, head over to their Kickstarter page.

Italian Jedi Get All The Best Lightsaber Schools

Update: Microsoft Appoints Satya Nadella As Its Next CEO