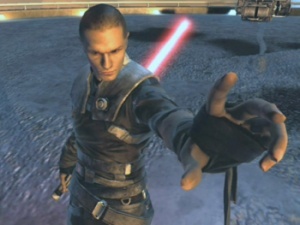 Following reports that roughly 100 LucasArts employees were being laid off by the studio, a “reliable source” told ShackNews that the company would be halting all internal game development following the completion of Star Wars: The Force Unleashed, which would be accompanied by another round of layoffs. The initial layoffs were confirmed by LucasArts spokeswoman Margaret Grohne, who added that Vice President of Product Development Peter Hirschmann was included in the layoffs. “I can confirm we had layoffs yesterday. They were in the studio,” she told Kotaku. “They had to do with where we are in our product life cycles.”

Grohne also claimed, however, that LucasArts has no plans to hand over development to external studios. “We are healthy. Lego Indie was launched on seven platforms to positive reviews, The Force Unleashed and Fracture are on track for this fall,” she said. “We have a good slate of games and we have some good stuff going on in production. We are definitely committed to the internal studio.”

She reiterated her comments in a statement to Joystiq, in which she said, “We remain committed to both our internal teams and working with external partners. [News sites] are definitely reading too much into the layoffs; [LucasArts] is not halting internal development.

Lego Indiana Jones: The Original Adventures, which was released for the PlayStation 2 and 3,

, Wii, PC, PSP and Nintendo DS, has received largely positive reviews since its June 3 launch. Star Wars: The Force Unleashed is currently due to ship in mid-September.