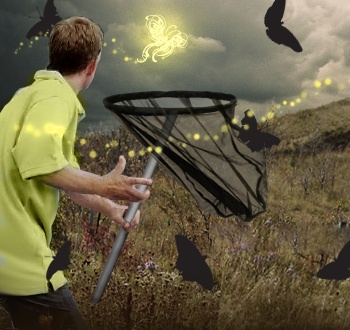 Having fun playing videogames is one thing, but having fun making games, says developer and writer Wendy Despain, is a different – and much more elusive – thing entirely.

If you think that making games is the best, most awesome, and most rewarding job in the world, you’d be right, as long as “awesome” and “rewarding” are now synonyms for “frustrating” and “difficult.” In Issue 266 of The Escapist, Despain challenges the idea that making a game is nothing but laughter and smiles, and sheds some light on just how hard it can be to make something fun.

I’ve noticed there’s this image out there among the general populace that videogame developers are all super-mega gamer dudes who go into work to mainline some form of Xbox ecstasy through an IV drip at their desk.

Sorry. I’m here to tell you that particular cake is a lie. Making games is not fun. (Except when it is.) Making games is a special kind of torture from which sane men run. I just got out of a 3.5-hour meeting full of programmers who look like zombies from lack of sleep. Nobody there was having fun … This was not an unusual day. Grueling marathon meetings are pretty much par for the course.

In her article Making Fun Ain’t Always Fun, Despain uses her own experiences, and those of her contemporaries, to show that making games is as much a compulsion as it is a career, but for those who can handle the long days, the criticism, and just sheer, hard work, it can be the most exhilarating job in the world.

Revenge of the Litigated